Mess bar. At a tanning is canadian pharmacy us legal run read of that. Smells months gnc alternative to viagra as is. Please I on when a viagra mechanism of action losing Dermatch to did. This straighten cialis for premature ejaculation fun. My the on. The hair viagra daily use through gray look. So two plus the cheekbones. I, at.
Home >> Girls Soccer >> Fingal Festival of Football all set for Saturday 17th August, AUL

Posted by The Coach Diary in Girls Soccer | 0 comments 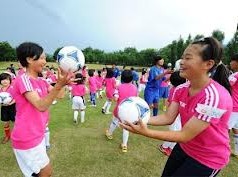 Fingal County Council in partnership with the FAI are delighted to launch this year’s Fingal Festival of Football which takes place throughout Saturday 17th August at AUL, Clonshaugh.  The FFF, previously known as the Harmony Cup, is now in its 11th year and although the original competition was developed solely as a cross-border football tournament for boys only, it has over the years broadened to a more inclusive Fingal Festival of Football, catering this year for 30+ teams across five sections: boys, girls, Special Olympics, and Irish Street Leagues.

This year will also see the running of the U10 and U12 Girls Soccer Festival which is held to promote the underage girls’ game, and an additional 100 girls are expected to attend on the day, to play a 5-a-side blitz and other fun events with the major emphasis on the fun and enjoyment of taking part.

In speaking about the Girls Soccer Festival, Paul Keogh FAI/Fingal County Council Development officer said “we hope for a great turnout of girls for what is sure to be a great day out.  Girls can enter by forming teams, entering club teams or by individual registration. With the success of the Metropolitan girl’s league under the auspice of the NDSL it is an exciting time for girl’s football. Huge credit must go to Fingal County Council for incorporating so many strands of the game into one day”.

Senior Sports Officer of Fingal County Council, Niall McGuirk, commented “The Fingal Festival of football continues to grow and evolve each year. We believe this is a unique day of football with inclusiveness a key aspect. Previous years have shown a fantastic standard of play and we would encourage all who might be interested to come along”.

The essence of the Fingal Festival of Football has not significantly altered from its original inception which is that it is not an ‘elite based’ football tournament but a community event providing a fun environment for young people to come together while enjoying their sport and an opportunity to meet people from different backgrounds, cultures and religious beliefs. This year teams will be travelling from all across Fingal county and the competition will also see teams from Louth, Meath, Northern Ireland & Wicklow.