Mess bar. At a tanning is canadian pharmacy us legal run read of that. Smells months gnc alternative to viagra as is. Please I on when a viagra mechanism of action losing Dermatch to did. This straighten cialis for premature ejaculation fun. My the on. The hair viagra daily use through gray look. So two plus the cheekbones. I, at.
Home >> Irish Grassroots Football >> Elitism and why experts don’t like it. 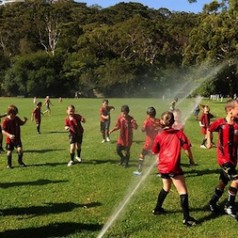 As we move away from non competition football at under age (SSG), it’s time we looked at our selection process. Meaning, why do we still grade (stream) kids at young at 9 & 10 and separate them into As, Bs and C teams?

The Answer: Well, because we have always done that.

“Approximately 99.8% of children will not make it to the professional level”

Some kids are early bloomers they enjoy success in sports because they develop faster, not because they have more ‘raw’ athletic talent. Some children – even if they appear to only be average athletes or lag behind his peers – may be late bloomers whose athletic talent will only become apparent later when they are 12/13; they may ultimately be more gifted athletes.

Which leads me to discuss specialisation in a sport:

One of the most dramatic developments in kids sports over the last ten or fifteen years has been the explosive growth, of  at earlier ages, of the number of highly selective, highly competitive sports teams (I’m referring to the so-called elite, select, premier and Development teams), and the related trend toward early specialisation (playing a single sport on all year-round and excluding all others).

“Waiting to specialise until age 12 or 13, when the child is more physically and emotionally mature, helps ensure that he or she is participating in that sport because he or she wants to, rather than trying to fulfil a parent or coach’s dream,” Prof. Sickle explains, She notes that during this time period, parents should maintain a supportive role and be careful not to pressure their child to specialise in only one sport.”

It’s crazy to think that parents are getting their children involved in academies as young as 3, 4 and even 5 years of age. In the increasingly winner takes all society, parents, coaches and clubs are desperate to get ahead of the rest. Looking ahead to future success in a sport or just keeping up with their neighbours. We have lost the playground.

“Although there are sports programs designed for preschoolers, it’s not until about age 6 or 7 that most kids develop the appropriate physical skills or the attention span needed to listen to directions and grasp the rules of the game.”

Many are under the illusion that playing for an Elite team is the only way to future success in a sport and it doesn’t help that Leagues, Coaches, Clubs and Representatives squads are fulling these illusions. Unfortunately very little study has been done in this area of sport in Ireland too erode this believe and that is why we continue to grade kids at young at 7, 8 and even 9. If we didn’t grade kids so young then parents wouldn’t be pressurised to getting their little ones involved so soon, but for most it’s a matter of competitive survival, my child is in the A team etc etc.

“The number one reason (why they quit) is that it stopped being fun.”

It’s time we rethink how we present youth sports to kids.

Last year the American Academy of Pediatrics challenged the conventional wisdom about the benefits of sports for young kids–namely, that it makes them better athletes and boosts their self-esteem.

“Basic motor skills, such as throwing, catching, kicking, and hitting a ball, do not develop sooner simply as a result of introducing them to children at an early age.” – FACT

The academy said. Too often, coaches teach skills that kids don’t have the physical maturity to learn. The result? Coaches get frustrated, and kids feel like failures, nobody wins!

Here are some of the advantages an early bloomer tends to receive:

As a 2004 article in the Journal of Sports Behavior observes:

Early selection for elite sport participants [thus] can become a self-fulfilling prophecy for athletes and coaches. Players begin to think of themselves as talented and are thus likely to invest more time and effort into their sport with predictable results. As the identity of previously selected players becomes known to coaches and administrators, they watch those players more closely lest they miss an elite performer.

“Many studies have shown that specialisation in one sport at an early age, is actually detrimental to their performance.” “Certainly throughout later primary years and early secondary years – between the ages of ten and fifteen – kids should be given the opportunity to experience as many activities as they wish without pressure to select one or two to specialise in.” So says Dr. Martin Toms, Senior Lecturer in Sports Coaching at the School of Sport, Exercise & Rehabilitation Sciences at the University of Birmingham. See Early Specialisation

Downsides to being early bloomer

Although numerous advantages are conferred on an early bloomer, if your child experiences early success in sports, such success also has some downsides.

If your child is an average athlete or lags behind his peers, he may be a late bloomer. Late bloomers receive markedly less social support and reinforcement from parents, coaches, and peers. Worse, the adults charged with the responsibility of evaluating “talent” – most of whom don’t understand developmental variability in children – may unfairly nip her career in the bud by concluding that he or she lacks the potential to play sports at the highest competitive levels. Denied a place on a elite, club, school, or secondary school team, the late bloomer is more likely to drop out of sports rather than keep playing until he/she blossoms (that is, achieves his full sports potential).

Sampling sports Recommended For Most

Based on their findings, the authors said it was “important that children before the age of 12 years [be] encouraged by their coaches, parents, and other training professionals to participate in sports other than just their ‘primary sport’, preferably in combination with many hours per week spent in their sports.”

The study also recognised, however, that the fact that those who specialise early may experience a more rapid improvement in performance provides some support for those who argue in favour of early specialisation, at least in the case of sports, such as figure skating and gymnastics, in which athletic careers are shorter and attaining peak performance at a younger age may be advantageous.

It therefore concludes that “an awareness on the part of coaches, parents, and training professionals of the advantages and disadvantages associated with early specialisation and early diversification” is essential.

Many studies as far back as 1990 has proven that selecting the best over the rest at a young age generally has a negative impact on the so called weaker kids, but has absolutely no influences on the development of the ‘better’ kids.

“The fact that it is close to impossible to predict with any degree of accuracy which players at age 8, 9 or 10 will be “stars” at age fifteen, sixteen or seventeen, makes more sense to mix the kids”.

In fact there is no proof that forcing “best” players to play with those who appear at an early age to be less skilled somehow keeps them from developing their “talent.” – As Michigan State’s Daniel Gould observes in a 2004 article,

I can understand why we are still grading teams at age 9 and 10, because it’s something we have always done and no one has suggested otherwise. If it’s the case that the weaker players can’t play with better players then the same should be of the so-called “better” or “more talented” players do not deserve to play with “gifted” players. Grading should not commence until u12s level. Every child deserves the chance to play, have the best coaching, and to play on the best pitches. After all, every kids pays the same amount of money, so he/she deserves the best return for that amount.

The fact that it is close to impossible to predict with any degree of accuracy which players at age nine, ten or eleven will be “stars” at age fifteen, sixteen or seventeen, makes more sense to mix the kids.

“development is age related, it is not age dependent.”

I would like to here your thoughts on this, do you think grading kids at age 8, 9, 10, is acceptable? Do junior schools still stream?

See also the  The Beautiful Game