Mess bar. At a tanning is canadian pharmacy us legal run read of that. Smells months gnc alternative to viagra as is. Please I on when a viagra mechanism of action losing Dermatch to did. This straighten cialis for premature ejaculation fun. My the on. The hair viagra daily use through gray look. So two plus the cheekbones. I, at.
Home >> Irish Grassroots Football >> I got more inspiration from ‘Silent Sideline Weekend!’

I got more inspiration from ‘Silent Sideline Weekend!’ 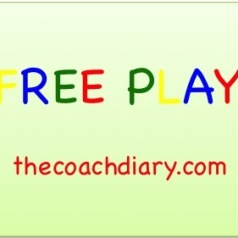 The Silent Sideline Weekend inspired me to let my daughter play on her own. If the basis of the weekend was to let kids play without constant adult instruction, then why was I allowing my daughter to be instructed. This weekend has taught her and I that she doesn’t need to go to an organised Gymnastics to learn gymnastics.

This weekend, whilst trying to convince people to get involved with the SSW by letting the kids figure it our for themselves.  I had my own moment of letting my daughter do just that.

In-between radio interviews, roping pitches, putting up banners and my own game I tried to get my daughter into a gymnastics class. What was I thinking!!!

When I arrived they told me there was a 4 month wait. We sat and observed for 30 minutes and I listened carefully to the instruction and watched how the kids lined up to take their turn. In the 30 minutes we were there the kids didn’t move very much and the instruction at times was somewhat negative. It certainly wasn’t constructive or progressive (these were paid coaches). What I mean was, there was lots of 1v1 teaching moments but the coach never addressed them. Sometimes silence is the best response.

“If you control everything your child does, they will never take responsibility”

After 30mins my daughter grabbed my hand and said, ‘lets go and buy our own matt’. Off we went to Argos and bought a matt for 30 euros; back to the house to get the ipod and around to the club we went.

Whilst I spectated at 3/4 games (3+ hours of football), she did her own gymnastics, at her own pace, learning from her own mistakes. No coach, no waiting in line, no instruction, no one to tell she did that wrong or right. Free-play at her own pace. She was fully in control of her surroundings and movements. She was in control of the risk and I felt secure because I knew the surroundings were safe.

Over the 3 hours, other kids entered the hall and got involved. At one point my daughter was coaching them and they were coaching her. What they did in 3+hours the kids at gym may not have done in an entire term, who knows. One thing is for sure, she didn’t need a coach.

Look at where we are now in relation to children and play. We have now come to a point where kids feel they need adults to help them learn and play. I haven’t been in favour of anyone under the age of 7 participating in organised sports (unless they are begging to go every-weekend), many reports show that early sport specialisation does not lead to the performance advantages over other kids. Rather, children who specialised at a later age performed better than those who specialised earlier. I believe we should instead be focusing on the fundamentals of multi directional movement and reaction but not even the schools allow for this anymore.

“Athletic skills such as speed, balance, mental focus, jumping and reacting are all stressed differently in different sports. These athletic skills will later transfer to the child’s primary activity, so everything a child does to become a better all-around athlete will make the child a better soccer player, for instance.”

I plan to keep my daughter away from organised sports and instead push her to teach herself how to play, whilst providing opportunities for her to improve her fundamental movement skills at her own pace. I know there are coaching moments in my daughters (sport) upbringing, however each moment is not necessarily a coaching moment.

There are many benefits to unsupervised outdoor play and experiences in nature, including a reduction in obesity and the symptoms of anxiety, depression and ADHD. Research has also shown that children learn self-control over their own actions and decisions in this time alone without their parents or coaches. Without time unsupervised, children may not develop a sense of self-control or an ability to judge and manage risk on their own. Free play allows for this.

Allow children to be active on their own, get them out of the house, out in the air. If you feel they’re safe, leave them on their own for a while and allow them to discover without you hovering (helicopter style parenting) over their heads.

We talk about the death of street play but at the same time when we see kids playing on the road we see this as a treat. There has been many cases in the US and Australia of parents being arrested for letting their kids play unsupervised. Kids playing on their own is now seen as a crime in some parts of the world. Can you believe it!!!

Parents have actually been arrested for allowing children to play in the park alone, walk to the park alone, and even just play unsupervised right outside their own home. How ridiculous is that!!!

Outdoor play is vital for a child’s development and connection to the outside world but if we are arresting parent’s rather than encouraging this, what hope do our kids have. Am I doing the right thing?? It certainly feels right, even if it is a crime!

Please do let me know what you thought of the Silent Sideline Weekend and most importantly what the kids thought?