Mess bar. At a tanning is canadian pharmacy us legal run read of that. Smells months gnc alternative to viagra as is. Please I on when a viagra mechanism of action losing Dermatch to did. This straighten cialis for premature ejaculation fun. My the on. The hair viagra daily use through gray look. So two plus the cheekbones. I, at.
Home >> Irish Grassroots Football >> Silent Sideline Weekend Update 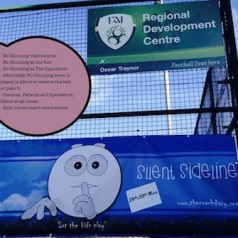 Just spend the most productive few days at the Running School becoming a Master in DMS which is Dynamic Movements Skills. If you have’t heard or seen DMS, then check this out > DMS. Dynamic Movement Skills will be coming to Ireland soon. The results after just 6 sessions are incredible. More to follow.

This week I will be marketing the hell out of SSW. Friday I will be talking on the Grassroots Soccer Show at 7pm on Dublin City Radio, followed by Johnny Lyons on 98FM’s “Now That’s What I Call Sport” at 9am Sunday and then onto Today Fm with Matt Cooper on Wednesday 19th March. I’m still looking to get the support from various leagues and clubs around the country including the DDSL Although I’m told I should have an answer from the committee very soon. No sign of the SDFL getting involved just yet, but hey we still have two weeks. In any other leagues need some more information please don’t hesitate to ask.

In saying all that, I have you and the clubs support; the most important people in this entire campaign. After the kids of course. The Silent Sideline Weekend family is growing by the day and with two weeks to go there is still time for more to get involved. If you need any flyers or are interested in purchasing a SS Pack, email us below.

Remember: Criticism is bookmarked in a child’s head in big red writing. It’s not good for their self-esteem and in lots of cases, kids will walk away from the game for good. No-one likes to be shouted at, not even the little kiddies!.

Don’t forget to send on your video clips (short) and pictures of the weekend. I will be doing a video montage or everything I receive. So please, be adventurers!

The Party Is Getting Bigger…

If you can’t have fun then maybe it’s time to re-think what you’re doing. I really like the point by Mark O’Sullivan an Irish UEFA A coach working in Sweden:

“Many think that kids can only learn in adult organised environments (school, Organised Sports), what is worse is that kids are now starting to believe it. Modern organised football training has led to a coach led culture resulting in passive kids who don’t take control or ownership of their own development. The safety option is not to have learners as it is a longer process that rarely gives short term results and in the culture of the coach and early elite development there is very little patience.” – Footblogball

Fill out my online form.