Mess bar. At a tanning is canadian pharmacy us legal run read of that. Smells months gnc alternative to viagra as is. Please I on when a viagra mechanism of action losing Dermatch to did. This straighten cialis for premature ejaculation fun. My the on. The hair viagra daily use through gray look. So two plus the cheekbones. I, at.
Home >> Irish Grassroots Football >> Worth Every Bit of Your Time!

Worth Every Bit of Your Time! 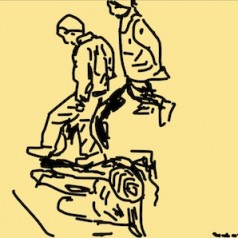 Recent research suggest that the reason some kids don’t participate in sports is because they can’t move properly. Our kids are not moving enough and when they do, it’s not very much and it’s definitely not multi directional.

Back pain is no longer just an issue amongst elder, more and more kids are suffering with lower back pain than ever before. Why, they are sitting for long periods of time from the minute they wake up; sitting in the car, to sitting all day in school, not allowed run in the yard and back in the car to sitting at home in front of the TV, computer or ipad. We are now facing the biggest ever obesity crises amongst children. We need to get out kids moving more!!

PE is now the singular most important subject in schools today, yet schools treat it with disregard and put no value on it. The most important aspect in life, is your health. Without it, you can’t do very much.

With this in mind I highly recommend these two post by Mark O’Sullivan from Footblogball.

This week I spoke with a parent who has an 8 year old in a sports club for the last 2 years. His son will this month go on “trials” for that clubs academy! They train 3-4 times a week. I asked him about the training they were doing (lots of isolated technique) and the criteria for being selected for the academy. I can only conclude that the club in question has a talent identification system based on some bizarre blind chromosomal twist of faith where all the molecules land in perfect order for a natural talent to appear.

Today a friend and I with some parents had our weekly Sunday morning fun football session. The kids are born 2008 and are full of creativity and joy. The families even bring their younger siblings who find it natural to kick/nudge/smash in to a football while sitting on a plastic car. Unfortunately there were no plastic cars in my size.

One of the games we played was not planned but strictly off the cuff mainly inspired by the kids and their immediate environment. The 10 kids were a team in control of 4 footballs within a certain area. Then 3 adults were given the task of “taking” the 4 footballs from the 10 kids. After 3 minutes of much screaming and laughter we took a break and sat down together. We asked the kids “how many ways can you come up with to keep the 4 footballs away from the adults?”. One kid said “we can dribble with the ball” another said “we can turn away from you with the ball”. We said “there may be one more way”. Silence, some discussion then one kid says “we can pass the ball to each other”. It was a real eureka moment that brought great excitement as they tried to envisage how they would pass the ball to each other while helpless adults ran around chasing air. So we played on and the constant shouting of “pass, pass, pass” followed by laughter echoed around the whole area for the remainder of the game. These kids born 2008 had worked it out for themselves through play.

Children are being influenced at a younger age to move from a natural “play” experience to an organised training experience. Imposing on them an adult version of the game where the sport is played for adult reasons (career, winning, making the team) with all the pressure it brings. This early movement to deliberate practice ignores the role of deliberate play in a child’s development and places more focus on extrinsic motivation. This implies that we do not understand that learning and development takes times. By rushing this we miss some great learning opportunities that may later be shown up as technical/ tactical/ cognitive deficiencies.

“Today adults think that kids can only learn in adult organised environments ( school, organised sports) what is worse is that kids are starting to believe it”

It is during adolescence that children need to take ownership of their own development. This ownership needs to be discovered and not forced upon them during childhood.

With children there is no special goal or purpose to play. If children are allowed to discover the game at their own pace they will look for solutions to enable them to perform the skills they feel are necessary to play. Intrinsically motivated they fail and fail better. It is a world full of mistakes of no particular concern to them but mainly of no concern to you … Coach!

Next up is, Lynn Kidman is a coach educator who since 1994 has been training coaches to inspire athletes and develop great human beings. Lynn has helped to develop several coaching education programmes which base their philosophy on athlete-centred coaching. Lynn has authored Developing Decision Makers: an empowerment approach to coachingand Athlete-centred Coaching: Developing inspired and inspiring people. She has also co-authored (with Stephanie Hanrahan), The Coaching Process: A guide to improving your effectiveness.