Mess bar. At a tanning is canadian pharmacy us legal run read of that. Smells months gnc alternative to viagra as is. Please I on when a viagra mechanism of action losing Dermatch to did. This straighten cialis for premature ejaculation fun. My the on. The hair viagra daily use through gray look. So two plus the cheekbones. I, at.
Home >> Campaign >> Silent Sideline Weekend: 04th & 05th October

Posted by The Coach Diary in Campaign, Silent Sideline | 0 comments 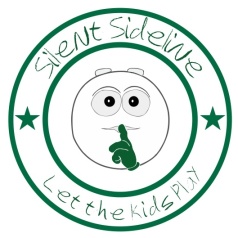 After the success of the previous SS Weekend, we have decide to arrange another one and will continue from hear on in as a yearly weekend event between September and October each year.

Too often in kid’s sports adults, parents and coaches become overly vocal in their approach to working with young athletes. However well intentioned some of them may be, the results are not always positive.

With a Silent Sideline Weekend, the coaches, parents and spectators are asked to keep talking to a bare minimum on the sidelines. Coaches from each team will be given the task to instruct (not during the game), whilst everyone else watches on in silence.

Supporters are allowed to clap to show their enthusiasm but the adults are restricted from coaching their kids from the sideline.

This is a weekend when kids can make decisions for themselves, without having adults shout 5/6 different instructions at them. When adults scream from the sidelines they’re not just invading the children’s play time, they’re preventing children from learning the game in a natural manner.

With the sidelines quiet, players have the chance to make their own split-second decisions on the pitch and learn by them. Instead of being distracted by the stream of noise that usually exists, the kids on the pitch get the opportunity to communicate with one another, deciding who will take the throw ins, the goal-kicks, free-kicks or the corner kicks etc. This also gives them time to think and focus on what they are about to do.

Check out the video I made from the weekends in March and April:

Why?
The focus of the weekend is not to take the atmosphere out of the kids’ game but instead try and encourage less coaching from the line. It’s about educating adults that screaming at children whilst they play sport is wrong. I want every youth team in Ireland in organised leagues in every sport to conform to the ‘Silent sideline weekend.’ I know not everyone is going to agree with the idea, but one thing is for sure the kids absolutely loved the last weekend.

What happens after the weekend?

Going forward we need less coaching and directing from the line. Encourage, Praise, Clap and Cheer. It’s really important that we allow the kids to take control of their game. We see it all the time, where parents/coaches go over the entire game and point out the child’s mistakes, to everyone standing on the line. Not even adults like to hear about the things they did wrong.

Children need praise not criticism. Providing feedback on what he/she did wrong or expressing your disappointment in their play is NOT what they need to hear and will only serve to make a painful situation much worse. Support and encouragement does NOT mean that you coach from the sidelines. In fact, the WORST THING that you can do as a parent/coach is to “coach” from the sidelines.

As children grow into their teenage years, some may need a little more feedback then others. This is were the qualities of a great coach come in, knowing that every child is different and how we interact with each child also differs.

Please share and pass on the message. It’s great to have the support from the Councils, the NDSL and clubs. how good would it be for all league to support the campaign and it doesn’t take much to get involved. Remember, this is all for the kids!!