Mess bar. At a tanning is canadian pharmacy us legal run read of that. Smells months gnc alternative to viagra as is. Please I on when a viagra mechanism of action losing Dermatch to did. This straighten cialis for premature ejaculation fun. My the on. The hair viagra daily use through gray look. So two plus the cheekbones. I, at.
Home >> Irish Grassroots Football >> Coach the child and then coach the game!

Coach the child and then coach the game! 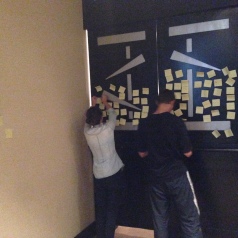 So many things stood out for me at John O’Sullivan’s Talk in Dublin recently, but one thing I took home was a little exercise he did at the start of the talk.

So John was discussing the common issues that kids face in youth sport through out the world. He does an exercise were  he asks the coaches to list five words or phrases that describe their best coach and/or teacher. He got us to put these on sticky notes and place them up on the wall (see pic) under two categories:

“These master coaches have learned that you get the most out of athletes and teams by valuing them and connecting with them as people first, and players second.” – JO’S

John has done this exercise with thousand of coaches and initially he was surprised but as workshop go by, the results are the same.

John makes the point that, “80%-90% of the characteristics that make a great coach, as stated by coaches themselves, have nothing to do with X’s and O’s. They have nothing to do with knowledge of the game. That is a minimal requirement that a coach needs to be great. The vast majority of sticky notes describing the characteristics that make a coach great are posted under ‘Emotional Intelligence and Connection.”

So what’s the problem?

“We don’t teach any of this to coaches! We spend 98% of our “coaching education” collecting drills and studying tactics, yet we say that only makes up 10-20% of a great coach! I have yet to meet a coach that put more sticky notes under “Knowledge” than he or she put under “Connection.”

John goes on to say, “most coaches I cross paths with think that collecting drills and immersing themselves in the X’s and O’s is the path to greatness. But the coaches I have been interviewing for my research into cultures of sustained excellence understand that knowledge is what all coaches need, but it does not separate the good from the great. These master coaches have learned that you get the most out of athletes and teams by valuing them and connecting with them as people first, and players second.

Coaching sport is fundamentally about the player/coach relationship. It’s about the intellectual, moral, social, emotional, cognitive and physical needs of the child and it’s about you getting better at getting better.

“Our professions has lasting values for life. Most of us coach how we were coached but it doesn’t have to be that way. If you are able to make one positive change to your style, consider what you are doing for the next generation of coaches and the players you currently coach.” #NeverStopEvolving -TCD

Our knowledge of the game will only get us so far. The more we teach the better we get. The more we learn the better we become. In the world of teaching we should never cease to become better. If we become stagnant, so will the kids we coach. As we grow so does our relationships with the children we teach. We improve together.

Think back to last year, even two years ago – look how much you have improved. When I think back, I think “wow, look how much I have grown as a coach and have the kids got better?” Sure, they have!

To become a better coach you need to step away from the norm and search for new ways and ideas. You need to study the best coaches, take something from each of them to develop your own positive ways by taking your coaching further and further.  To quote John,

“You can start becoming one by studying these coaches and master teachers, learning about their cultures of excellence, and taking your coaching to whole new level by leaving the X’s and O’s alone for a bit.”