Mess bar. At a tanning is canadian pharmacy us legal run read of that. Smells months gnc alternative to viagra as is. Please I on when a viagra mechanism of action losing Dermatch to did. This straighten cialis for premature ejaculation fun. My the on. The hair viagra daily use through gray look. So two plus the cheekbones. I, at.
Home >> Irish Grassroots Football >> Coach the Parent: What to expect!

Coach the Parent: What to expect! 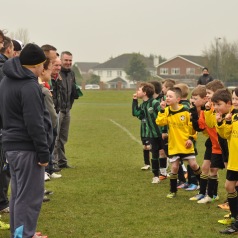 One thing I’ve learnt about coaching kids is to keep parents informed on team rules but don’t get too close it may backfire at some stage. Believe it or not 99% of parents are workable and don’t get involved. To make things work for you, training the parents early on sets the standard going forward.

The parents aren’t your best friends nor do you want them to be. For years I’ve listened to parents talk about players and coaching staff from a distance. They forget that Ireland is very windy, and sound travels easily. I respect parents, I appreciate the time and effort they make to get the kids to and from training and I enjoy seeing them there on match day. What I don’t like is when they start to interfere in things that don’t concern them.

“Players do not need adults to question their actions, the actions of other players, or the coach’s decisions concerning team dynamics or playing time, this does not concern you!” –  TCD

I always find it funny when unqualified parents offer their advice on the team selection or say things like, ‘I don’t agree with your changes etc etc’. If you’re one of those parents reading this article; Coaches don’t really care what you think!!! They are in it for the kids not for you. All we need from you is to support your child and don’t talk negative about his/her coach. Most kids actually like their coaches, and when you talk them down, they don’t think you’re being cool!!

“Do not allow a player or his/her teammates to put themselves or anyone else down. We are hear to build self-esteem not destroy it.” – TCD

One of biggest issue kids will face playing a sport is the interference from their parents in team dynamics. I see it all too often, where parents take every single decision made personally. My advice is to back-off, it’s not your game and it’s certainly not your team, so stop going on like, you’re playing.

According to Dan Gould at the Michigan State University Institute for the Study of Youth Sports:

They do not want you to shout at them the coach and the refs.  They don’t want you to put too much pressure on them, or be overly critical.  They want the game to be theirs!

John O’Sullivan from the Changing The Game Project, who recently spoke in Dublin added,  “When I grew up, it was children competing against children. With two adults on either side. Now, more often than not, it’s adults competing against other adults through their children.” “It’s know as ‘adultification’ of kids sports. It’s the introduction of adult values into kids’ games.”

“If you get a high-achieving, talented kid with a pushy, high-achieving parent, it can work out,” says Saferstein. “The kid can somehow rise to the expectations of the parent, and the kid may even share some of that drive himself.

“What can be tragic, though, is when you get a more driven, consumed parent with a kid who somehow, in the parent’s eyes, just doesn’t measure up.” The result, says Saferstein, extends further than sports: “The kid feels like a failure.”

Parents often misperceive their child’s natural talent. “There’s a myth in youth sports that if you work hard enough, you can achieve anything,” he says. “It’s not true.”

Don’t base a football season on a single game. Parents can judge you at the end of the season by asking 3 simple questions:

What Works & What doesn’t Work?

When you allow parents run your team and make decisions on your behalf, it’s time for someone to move on!!