Mess bar. At a tanning is canadian pharmacy us legal run read of that. Smells months gnc alternative to viagra as is. Please I on when a viagra mechanism of action losing Dermatch to did. This straighten cialis for premature ejaculation fun. My the on. The hair viagra daily use through gray look. So two plus the cheekbones. I, at.
Home >> Football Associations >> Can we expect a new ERA or will it be much of the same?

Can we expect a new ERA or will it be much of the same? 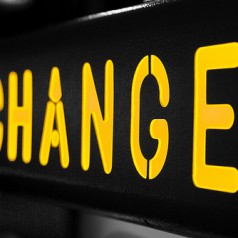 Less then a week after I attended the DDSL’new beginning for a New Era’ and not even a thank on the DDSL website. I was expecting a message from the powers at the DDSL, maybe some feedback from the night, but nothing. They haven’t even added Alistair Grays email from Renaissance, the Company doing the audit on their site or least I can’t see it. They mentioned that 70 people should last week, I think that number is generous and I suppose it reflects how people really think or is it that they just don’t care!!!

Now I’m wondering what they did with all our ideas and will they do as one of the big powers usually does…..bring someone in, take the ideas and run with them, without using the source being involved, I just hope that they listen to the people on the ground, the coaches, managers and the kids themselves.

Grassroots football is not about the amount of trophies you win. It is about the difference you make to young people”. – Nick Levett.

We need to change together…

I still firmly believe that we need to introduce changes across Ireland. SFAI need to do what they were set-up to do and govern the grassroots game. At present all they do is run a few cups competitions. They have absolutely no involvement with how the game is developed in Ireland and it’s about time they started changing with the times. Kids these days have grown up with being able to access things instantly, football is no different; the kids game is changing. They, the SFAI, who supposedly run the kids games are in fact the ones preventing it from growing. You can blame this old farts, for thousand of kids leaving the game every year. The SFAI do not support children playing the game in this country, their sole goal is to provide cup competition, which actually go against the development grain because of how competitive these cups actually are and I’m not talking about the kids. So in essence they are preventing your child from enjoying the game and developing in an age related structure.

The SFAI, don’t even have a mission statement……are you surprised, I’m not! Kids playing football know much more about the game then the people administrating it and by the looks of what I saw at last years AGM, the average age of this committee is well over 50, the game as changed ten fold since they were kids and that is were the disconnect lies. Whatever changes are made they need to be sanctioned right across Ireland. I’ve said it before, there is no point in Dublin doing one thing and Cork doing another. Think about this, a 26 year old international plays on the same size pitch as a 11 year old boy/girl….there is something not right with that.

Have the SFAI and/or FAI ever done any research on child development, have they ever asked kids playing the game, what they need and want?

From season 2014/2015, the FA will introduce a new pathway for development across the UK.

u7 will be 5v5 – No leagues published, no single eight month long season. Three trophy events allowed per season.

u8 will be 5v5 – No leagues published, no single eight month long season. Three trophy events allowed per season.

u9 will be 7v7 – No leagues published, no single eight month long season. Three trophy events allowed per season.

u10 will be 7v7 – No leagues published, no single eight month long season. Three trophy events allowed per season.

u11 will be 9v9 – League table allowed but will change to: No leagues published, no single eight month long season. Three trophy events allowed per season from 2015/16.

Currently in Scotland they play 7v7 until u12s and move to competitive 11v11  football  at u13s. In Wales they play 5v5, 6v6 and 8v8 at u10s & u11s. England, NI, Scotland and Wales have sanctioned changes right across the country, we need to do the same and do it now, not in ten years.

Many great players of the past did not play organised football until u12s, these players were allowed enjoy the game with not having the added pressure to win leagues or cups. We need to introduce change across the Ireland, not just in Dublin. No cups, no elite football, no leagues until 12s and gradually introduce a grading and league system. More emphasis should be put on school football, they have a 5v5 game up to 6th class but not enough is done to get all schools participating.  After primary school and only when they get to secondary should they be concentrating on developing in a single sport. Being involved in a variety of sports, this will help with kids coordination and balance. More kids should be encouraged to get involved with the community games and certainly the government should be supporting and funding these more. We need to bring back the FUN in to the game, it’s all but gone from Grassroots football in this country. We need to take the kids out of the adult environment and keep them in child related environments for much longer. When you look at the stats of kids making in the game, we are providing for the 1%, when we should be providing for the 99%.

This year the UK will invest 150million into schools sports, which probably isn’t all that much considering how big the UK is. However, they have recognised how important being in sports is. Sports not only reduces the chances of obesity, a child is also less likely to suffer from any psychological illnesses. Two areas, which are of of huge concern in relation to Irish kids.

I probably need to be more positive about the SFAI and FAI but it’s  hard to be at times, I’ll continue to look at ahead with hope that change is just around the corner.

You might be wondring what can prevent change from happening?  Well, a concern would be the bigs clubs in Dublin, not having competitive and/or elite leagues and this would certainly rock their boat. We know they relie on the small amounts of transfer funds they receive from the few kids that go to England but really these changes should not impact, as kids cannot sign until they are much older. The time is right, we are all ready for change!

I’ll concluded by thanking the vast number of volunteers who tirelessly give hundreds of hours of their time to keep kids in sports. To those, I salute you and ask you to stay involved.

‘Do not confine your children to your own learning, for they were born in another time’