Mess bar. At a tanning is canadian pharmacy us legal run read of that. Smells months gnc alternative to viagra as is. Please I on when a viagra mechanism of action losing Dermatch to did. This straighten cialis for premature ejaculation fun. My the on. The hair viagra daily use through gray look. So two plus the cheekbones. I, at.
Home >> Coach Talk >> Keep parents in the loop!!

Keep parents in the loop!! 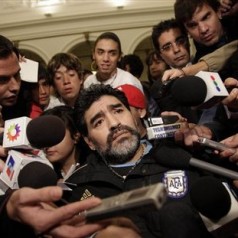 Coaches and Parents By Malcolm Cook

I caught up with Malcolm Cook again and he gave me his views on how important it is to keep parents updated. As an experienced Coach, I have been a little alarmed and saddened to read about Junior Football clubs banning parents from watching their children practice.I find this hard to believe and think they are making a big mistake as far as their childrens ultimate footballing (and life) development is concerned.It never fails to amaze me how some Coaches and Clubs tend to treat parents or guardians as second-class citizens!

Parents are part of the Team

I have always seen them as a part of my coaching “team” and essential to my process of giving each child the best coaching experience we can give them as a club. As a young coach I started with my School teams.I had a meeting before the season started with any Parents who wanted to come (Mums as well as Dads!) to let them know my philosophy and to give them the chance to ask any questions about their children and the way we did things. It was an ideal way to get my ideas across about how we picked teams, the behaviour we expected from the children on and off the field and a few simple rules with the parents role at training  and matches.

Don’t leave parents in the dark!

This helped to form good relationships and clarified a lot of issues. Later I was appointed Director of Youth at Liverpool and found to my dismay when I first arrived that parents dropped their Boys off at the Melwood training ground and either sat in the dark and rain in their car or went somewhere else before returning to pick them back up.

I felt this was not only bad public relations for Boys that we wanted to sign for the club in competition with others but it was completely the wrong way to treat Parents who only wanted the best for their children.

I quickly changed it by inviting the parents in and putting on tea and biscuits  and making myself available after training to talk to them over any problems or worries they might have over their Boys.

This is where good coaching comes in-I was given information that was sometimes personal but was very important in helping me as the boys Coach in understanding why maybe the player was not progressing as fast as we thought so we could be a bit more patient and reap the benefits. This would never have happened with the old regime.

myself, my youngest daughter became interested in Athletics. She was only aged about 11 years and was quite a good runner. I took her to the local Athletics club two evenings a week. It was dark with little lighting,little supervision or coaching,poor atmosphere and no provision or communication with parents. As a Coach, I have enough knowledge to stand -back somewhat and let the Coaches and my daughter to get on with it and support her in the background. My girl started to go off it after a few sessions as indeed many of the children did-was it any wonder?

Parents we need YOU

Parents are a vital part of the development equation and need to be recognised as such. Remember, they were there long before the Coach was bringing the child up, driving them about, wiping their nose and doing all the things Parents do. The Coach, of course needs to set some limits on the roles they both take. Some Parents are not always easy to get on with and others are are frankly poor role-models for their children. The Coach needs to step carefully in such cases and mainly for the childs sake, seek to work with the Parents in a positive way. At times the Parents behaviour may go over acceptable limits and the Coach may have to ban him from attending training and matches.

However I believe that by forming good relationships at the start with Parents you are demonstrating the art of good coaching and developing a better atmosphere for all at the club – Keep parents in the loop Coaches !!!

Malcolm Cook is founder of Freeflow Football keep an eye out for his new site, soon to launch in the coming weeks