Mess bar. At a tanning is canadian pharmacy us legal run read of that. Smells months gnc alternative to viagra as is. Please I on when a viagra mechanism of action losing Dermatch to did. This straighten cialis for premature ejaculation fun. My the on. The hair viagra daily use through gray look. So two plus the cheekbones. I, at.
Home >> Coach Talk >> Malcolm Cook Founder of Freeflow Coaching 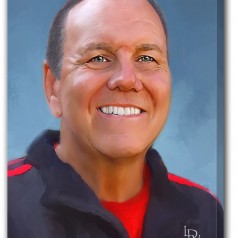 Malcolm was born in Glasgow. He sustained a leg injury which curtailed his professional playing career. Malcolm grew up on the same street with Sir Alex in Govan and through his career as a professional footballer and professional coach has crossed paths again with Sir Alex over the years. He developed a passion for coaching and has studied all aspects of the process over many years. This has resulted in him giving Coaching and Psychological Presentations to the Irish F.A, Scottish F.A, Swedish F.F, English F.A, Malta F.A and French F.F plus the world congress in Science and Football in Liverpool. Malcolm has built up a solid reputation for integrity, enthusiasm, energy, ability and good rapport with people in his quest to improve player, coach and team performance.

Malcolm has created an innovative and evolutionary coaching method called Freeflow, which I’m still trying to learn about and research. Malcolm says,  “I think most coaches are on the wrong track with how they approach coaching and I train coaches in a “new way” He have given training courses to over 30 Pro club including Manchester Utd, Newcastle Utd, Sunderland and National Associations all over the world. He has given demos on “Liverpool – the winning system”. (I presume this is from the 90’s and thats why it works)

Malcolm told me, “No matter how good we are, or think we are , we can always learn to become even better”.

He said that is he is obsessed by coaching and has been on a long quest to find “The perfect coaching model”- my findings? There is no such thing!

“The game is so wide-ranging with different styles, nationalities and cultures that there is no one method or way that will “fit” all. There are however, some methods that are better than others as far as learning and development are concerned. Most approaches have something to offer however there are some charlatans out there who are making lots of money from limited approaches which all too many gullible coaches choose to follow. They are clever promoters but offer little in the way of quality to the game.”

So what is Freeflow? Malcolm explains in his own words…

Freeflow is a blend of a few core-methods/principles that have stood the test of time as far as success is concerned plus it shows coaches how “modified” approaches /tools can be used in the right way/place/time with good effect. I have extesively studied and become qualified in Inner-game, Game-sense an accelerated learning which form the core. It has a clear philosophy of Integrity, skill, passion (for the game-coaching-life and lifelong learning.

We are trying to turn out great players and great people.

We are now emphasising the need for greater sportsmanship(whilst still retaining the need to always strive your hardest to win) humbleness, greater self belief, respect and determination. The spiritual side must keep pace with the physical, technical and tactical. Sadly, in the modern game it is slipping behind and too many coaches and players are bad role models for kids trying to develop as players and men (and women).

We make it clear from the outset that we onlt train coaches who are serious about their coaching and want to be better/different from the rest and are willing to put in the time to reach this objective.

I was truly taken away by the indepthness of what Freeflow is actually about and I’m hoping to find out more how this new age coaching can help us coaches in Ireland.

Malcolm hopes to have his website up an running very soon and I’m certainly looking forward to that.