Mess bar. At a tanning is canadian pharmacy us legal run read of that. Smells months gnc alternative to viagra as is. Please I on when a viagra mechanism of action losing Dermatch to did. This straighten cialis for premature ejaculation fun. My the on. The hair viagra daily use through gray look. So two plus the cheekbones. I, at.
Home >> Irish Grassroots Football >> Not one Question was asked at the FAI AGM.

Not one Question was asked at the FAI AGM. 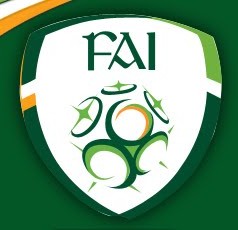 There was no fanfare. But neither was there furore.

As FAI chief executive John Delaney announced a 10% wage cut to bring his salary down to a still-significant €360,000 at Saturday’s FAI annual general meeting, there was only a muted ripple of applause around the conference room of the Mount Errigal Hotel in Letterkenny.

That, however, shouldn’t be confused with dissent or disgruntlement among the association’s members. Throughout the entire course of the AGM, there wasn’t a single question asked from the floor and barely a vote against any of the motions.

A handful of members said afterwards that there wasn’t the opportunity to ask anything but, in his press conference following the event, Delaney explained that they  “invited questions in advance of the meeting”.

“Obviously, the members are very happy with the way the association is being run,’’ he said. “You asked are the members concerned. The answer to that, in the majority, is no.”

The AGM itself, however, hardly went to any extremes at all. It generally stayed around the same level: sedate.

That was in stark contrast to the noise and colour around Donegal in the previous week as the FAI staged its ‘Festival of Football’ there. The event, which began in 2007, remains a hugely clever move given how it builds goodwill around individual counties and also helps deepen connections in a wider football structure that can still be criticised for having too many gaps and no real shape.

Certainly, there was a very welcoming atmosphere around Donegal. And, when it came to ‘3’ marketing director Elaine Carey having her say at the AGM, she gave one reason for the contrasting absence of vigour at the event itself: a late night in Letterkenny and “a lot of sore heads”.

With the ‘Festival of Football’ now becoming so all-consuming in the week and the accounts released two weeks beforehand, though, it is possible that the AGM has simply become a mass box-ticking exercise rather than a genuine meeting for discussion.

Delaney tried to tick the biggest box of all on Saturday: his salary. Whatever about certain obsessions with the minutiae of FAI finances, it remains the only such issue that truly commands immediate public attention. It dominated discussion after the AGM. The general public agitation, however, seems to be at odds with the acceptance of it from the actual members of the association. Delaney’s salary becomes an even more emotive public issue when it is put into the context of comparable positions in other associations, the financial problems in the League of Ireland and ongoing redundancies at the FAI. And, after the AGM, such basic disparities were put to Delaney.

“I think the president (Paddy McCaul) addressed that today. I think the FAI’s revenues (when Delaney took over in 2005) were about €7m. Today, they are about €45m. I think it’s easy for people to say ‘there’s the prize money’ (for the League of Ireland).

“The FAI does a lot more work for the League of Ireland at a significant cost, in terms of how it resources it in all aspects. I don’t know what my counterparts (in other associations) earn. I know what I was offered. I know what I signed.”

Delaney’s key point in the press conference was that he voluntarily took the pay cut in order “to show leadership”.

Ultimately, though, much of this should be colour to the main question: is the FAI doing its job correctly? Is it safeguarding and improving the sport in this country? When a series of financial issues, from debt to international attendances, were put to Delaney, he kept coming back to one main point.

“I think the message today is that we’re managing our debt. The next 18-24 months are going to be difficult but, once we get through that period, we’ll be in decent shape. You heard the treasurer, the finance director, you heard me say… we owe our bankers €50m. That will be cleared by 2020.”

If Delaney argues strongly when it comes to finances, though, one striking aspect of the AGM was the complete absence of debate or discussion about the point of all this money.

Glossing over the real issues…

It was remarkable, for example, how Ireland’s Euro 2012 campaign was glossed over. A video was shown but clips of actual events on the pitch were sparse. At the time of those three defeats, one figure involved in Irish sport at elite levels told the Irish Examiner how, if they happened in most other bodies in most other countries, “the consultants would be called in to do a root-and-branch review of why that happened”.

That doesn’t come down to the micro details of Giovanni Trapattoni’s management — which should, of course, be separate to the AGM. But it does involve the macro details of whether Ireland’s football structure is capable of producing players of sufficient technical quality. Other than a few points in speeches about the grassroots, this wasn’t raised despite the fact €377,000 was cut from such funding in 2011. If such issues are not asked about at the AGM, when are they asked about? “You’ll never have enough money,” Delaney said when quizzed afterwards. “I think the message today from the grassroots was that we still need the volunteers to support the association in terms of implementing the strategies that we’ve all agreed together: be it the underage review, the amateur review, the high-performance review.”

At the tip of all that, of course, is the beleaguered League of Ireland. Delaney insisted that the competition is going in the right direction even if the road is bumpy, that he is confident Dundalk can be saved and that some of the actions and comments from Monaghan United were simply surprising.

“I opened this conference by asking whether the clubs are, in general, in a better place than before we took over? Absolutely, yes. Is the league where I’d want it to be today? No… but we’ve all got to work together to try and bring it to a better place.”

This appeared in the printed version of the Irish Examiner Monday, July 23, 2012

Another year gone and not only have the yes men of the leagues done nothing to improve grassroots development, they don’t even ask the questions. How can a team perform so dismally at a major championship and not even a single question be asked????? C’mon!

How can the most popular sport in the country, grassroots structure not be a topic for discussion at the annual Football Association of Ireland AGM?  This should have been the number one topic. Not one questions from the floor, no comments or topics to discuss. So Irish soccer has no issues, apparently. Clearly the people at the top can’t see the problems at the bottom, just proves how far removed they are from the game……..they really are!

What now for Irish soccer?