Mess bar. At a tanning is canadian pharmacy us legal run read of that. Smells months gnc alternative to viagra as is. Please I on when a viagra mechanism of action losing Dermatch to did. This straighten cialis for premature ejaculation fun. My the on. The hair viagra daily use through gray look. So two plus the cheekbones. I, at.
Home >> World Football >> Pep leaves way for Tito 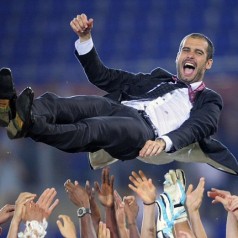 Pep Guardiola leaves FCB at the end of the season with 13 trophies in 4 years. Don’t believe there is a manager that has achieved so much in such a short space of time. A truly remarkable feat for any person and particularly to do it with the little coaching/managing experience at the top level.

“I want to thank Pep with all my heart for the huge amount he has contributed to my career, both professionally and personally,” Messi said in a statement on his Facebook page.

The 24-year-old added that he had preferred not to attend Guardiola’s farewell news conference as he was feeling too emotional.

What next for Pep?

Possibly the Spanish national job, although I think its a bit soon for that. I’m thinking more on the lines that he will take for from Sir Alex at United or go to Italy possibly AC or Inter…

The world will wait for one of the greatest managers of our time to return and show his class again.Guardiola hinted he would be taking a break from the game but a host of suitors will be queuing up to persuade him to return.

Even the likes of Manchester City and Chelsea are among the clubs to have been linked with the sharp-suited Catalan while national team jobs with England and Qatar (He is not motivated by money) have been mentioned in other media reports.

Reaction to his impending departure poured in from across world football….

“I would have loved him, even going through a disappointing year, to stay and come back and insist on this philosophy at the club because that would be interesting as well,” Arsenal manager Arsene Wenger, once linked with Barca given his love of the ‘beautiful game’, told a news conference.

Italy coach Cesare Prandelli told reporters that he hoped Guardiola brought “his fantastic idea of football” to Serie A, where he played for Brescia and AS Roma.

introduced the conference by saying: “We have called you today to announce that Pep Guardiola will not continue in charge of the team next season.

“Thank you, Pep, for all the happiness you have brought us and for bringing a model of football that can never be questioned. The thanks from everybody at Barcelona will be eternal for the best manager in the history of the club.”

“Pep always takes the best decision for this club,” Rosell said. “It was his decision and it’s a personal one and an understandable one. We hope to follow the inheritance that Pep leaves us with the best we can. He has made us proud.

“Now we can confirm that Tito Vilanova will be our new coach. This was a decision taken by Andoni Zubizarreta and it has been ratified today by our executive committee.

“Tito and Andoni will now work on next season’s planning and I am sure they will do a good job.”

Barca have successfully promoted several players from the B team during the Guardiola reign, and sporting director Zubizarreta said the appointment of Vilanova was a continuation of that approach.

“Tito represents the philosophy of the club,” Zubizarreta said. “We’ve always said that if the team needs players, we look at home first. Who do we have here at home? Tito.”

“I think the club has taken the best decision possible,” Guardiola said. “He is more than capable. The players know him. He will make few changes. He will give the club and these players something that I thought I could no longer give.

“I could have continued but it is not what Barca would have deserved.

“I would like you to understand that this is not an easy decision for me, but I would like to explain my reasons for this decision,” he said. “I have always wanted short-term contracts. Four years is an eternity as Barca coach.

“In the month of October I announced to the president and to the sporting director that I thought my spell was coming to an end. The main reason I have taken this decision is because four years is many years.

“I have given everything and I have nothing left and need to recharge my batteries. The demands have been great and I have not been able to rest much. I have to recover and the only way I can do that is by distancing myself. Otherwise, we would have ended up damaging each other.

“I know that I’m leaving the best place to work in. I am very satisfied with the result we have achieved. I have had the great privilege of coaching fantastic players. I want to thank them.”

We wish him well and look forward to his return in the near future….Thank you for 4 amazing years of outstanding football!