Mess bar. At a tanning is canadian pharmacy us legal run read of that. Smells months gnc alternative to viagra as is. Please I on when a viagra mechanism of action losing Dermatch to did. This straighten cialis for premature ejaculation fun. My the on. The hair viagra daily use through gray look. So two plus the cheekbones. I, at.
Home >> The Coach Diary >> Premier Ambitious – Don’t miss it!!!! 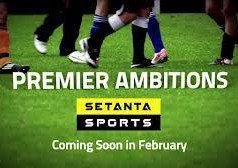 “Premier Ambitions” – a new six-part documentary following the Home Farm U-15 team as they strive to win the league. I have just finished watching an episode and based on that, this is everything I have wished for and could not have come at a better time for grassroots football in Ireland. I think a lot of people are going to be shocked to see how football at the top level in this country is coached…I’ll say no more 🙂

What was the reason behind this programme?

It was basically to get an insight into the world of youth football in Ireland at the highest level. I think the seriousness and intensity of football at this level is a bone of contention amongst a lot of people with some thinking it shoud be more about taking part and having fun, whilst for others it is a career path and something that is very professional. I think by following a club with great tradition like home farm we got to see how the system works and where some of the next generation of Irish stars are coming from.

The Series is produced by David Clarke and Ciarán Deeney of El Zorrero Films. It was filmed and directed by Ciarán Deeney. El Zorrero Films is an award winning production company specialising in documentary content for both television and cinema who have produced content for all the major Irish broadcasters. They are based in Dublin and have a keen interest in sport and sports related programming.

Setanta Ireland will broadcast Episode 1 on Monday, 11th February at 9.45pm, following live coverage of the first round of Setanta Sports Cup.