Mess bar. At a tanning is canadian pharmacy us legal run read of that. Smells months gnc alternative to viagra as is. Please I on when a viagra mechanism of action losing Dermatch to did. This straighten cialis for premature ejaculation fun. My the on. The hair viagra daily use through gray look. So two plus the cheekbones. I, at.
Home >> Irish Grassroots Football >> Why A Silent Sideline?

Why A Silent Sideline? 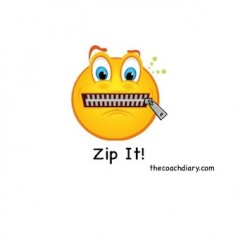 Maybe the word Silent is not the correct word to use because encouragement with always benefit the players. Especially when you use the Sandwich approach. The focus behind the weekend is to educate coaches and parents about the power of observation. Alex Ferguson once said “The very best coaches are great observers”

The weekend it’s about giving the game back to the kids. Allowing them to learn the game in a natural manner by letting them make decision by themselves. Letting the game be the teacher on match day. It’s certainly not about taking the atmosphere out of game but instead trying to encourage less coaching from the line. Which in turn puts the kids in control of their decision making for the duration of the game.

“The one thing that best summed up what separated the best coaches from the rest, was their highly developed skill of observation.”

Why Children Learn Faster Than Adults:

Certain tasks children can perform better than adults. For those of you who appreciate the longer scientific answer this is because in adults the prefrontal cortex of the brain, where working memory is stored, is more developed than in children. A developed prefrontal cortex means that adults are hampered by a functional fixedness, causing adults to see a spade as a spade i.e a tool for digging. Or let me put that another way for you sports coaches out there…an adult sees a tennis racket or a shuttlecock as exactly that. However the under-developed prefrontal cortex in a child allows children to be far more inventive than that, as their prefrontal cortex is not limiting their ability to be creative and flexible. You’ll probably know this as “thinking outside of the box”.

So this is why a child can see a broomstick as javelin (yes that was me as a child) or the mattress as a trampoline. As a result, children are often better than adults at solving tasks that require a creative solution, such as being set a challenge with limited equipment. Put another way an adult’s brain is designed to perform, but a child’s brain is designed to learn. With that in mind (pardon the pun) it doesn’t take a child genius to work out that knowing that children’s brains operate in this way must have some useful benefits for a coach. (Thompson-Schill et al, 2009)

What the children see on a sports pitch and what you see is completely different picture. Standing in the middle of a pitch and standing along the sideline gives you an entirely different view of the game. The sports pitch can in some case be the only place a child has the opportunity to experience freedom, make mistakes but even that is taken away by the consistent actions and demands by adults from the sidelines. It’s no surprise that gaming is more popular amongst kids than team sports. When kids play computers games, they don’t have an adult hovering over their shoulder telling them how to play and kids master those games pretty well and they certainly don’t have to worry about making mistakes.

Here are a couple points to remember:

Children are given instruction at a very young age, everything they do is organised & planned. They have little or no time for free play. In many ways, we are teaching them that they can’t learn by themselves nor to we provide the environment for them to learn alone or even learn with play.

“Feedback is more valuable than instruction. Use problem solving, ask questions rather than technique instruction, to help your child learn to play sports. Too much instruction can actually lead to a longer learning curve for children. Kids learn best by discovery not continuous instruction.” TCD

How will this help the players:

This culture of over-coaching and too much “input” from the sidelines actually thwarts the decision-making ability of young players, which is a very important part of their development if they are to make it to the higher levels of the game.”

Here are some interesting Stats about the game in Ireland:

Remember that your number 1 aim as a coach is to make sure the players you coach fall in love with the game.’ Having fun, is one way of doing just that. Be patient. Not all kids progress at the same rate. And learning the game of football takes more time than most people realize. Allow them to be children, enjoying all the FUN elements of the game, so that they can mature into the adult game gradually and naturally.

Watching kids play sport should be fun for everyone including the parents and coaches.