Mess bar. At a tanning is canadian pharmacy us legal run read of that. Smells months gnc alternative to viagra as is. Please I on when a viagra mechanism of action losing Dermatch to did. This straighten cialis for premature ejaculation fun. My the on. The hair viagra daily use through gray look. So two plus the cheekbones. I, at.
Home >> Child Protection >> Child Protection and Safeguarding Children in Football..

Posted by The Coach Diary in Child Protection | 0 comments 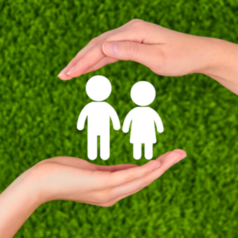 This is an email I got from a parent last week.

“My son is currently trialing on the U13 representative squad, which is now down to a player pool of 24 players, mostly 12-year-old, some are still 11. My son takes great exception as do I obviously to the choice of language used by the head coach in this setup. His all too liberal use of the word ‘f@ck’ and ‘b*ll*cks’ and calling phases of play as ‘shit’ when addressing the group of players. I find this offensive to my son and I would suspect most of the other players in that group do also.

My son has asked me to clarify why he talks like that the whole time. I’ve found myself trying to explain to my son, what goes on inside the head of such an individual, that would make that coach think it’s perfectly fine to address children in such a manner. Basically, I’ve told my son that’s it’s absolutely never acceptable for an adult to speak to a group of children in such a way.

I’m hoping my son does not make it to the next round of players where it gets paired down to 16 players, as he’s not enjoying the experience the way he should be, because of this coaches liberal use of profanity when he opens his mouth to speak.

I know I should just take my son out of this setup but what does this say bout letting individuals supervising children use profanity liberally and unchecked. I should just remove my son and walk away.

My question to you is what recourse do I have, to force this individual to at least reassess his very poor behaviour, without drawing any kind of retaliation from this coach or league?

I don’t see how I could trust that the league could address this issue internally themselves, as its quite a sensitive matter and really should be addressed by an external entity.

So it looks like I’ll have to take my son out of this environment as it’s not conducive in the least bit to him learning the game. I can see this developing a sense of fear in my son when he plays for this representative team and which will lead to mistakes when he’s developing his own understanding of how to play.

What should I do?

I suggest that he go straight to Child Welfare Officer and address the matter. That was turned down, so I offered to email the child welfare officer myself and the parent accepted.  this what they said.

This is their reply, which I received by text after my email:

League: Does this manager relate to the u13s Squad?

TCD: Yeah u13s as stated in the email:

League: Ok, Can you ask the parent involved to contact me.

TCD: I’ll ask again but I know he doesn’t want too.

League: If he doesn’t want to make a formal then there is little I can do. We have a number of coaching staff at that level. Don’t even know who it is. If he doesn’t pursue though I’ll speak to the coordinator and alert them to be watchful.

This reply is from the Child Welfare Officer of a very big league. Talking about not wanting to do sweet FA about a complaint. It is their job to investigate these matters not pass it onto to the person who the complaint might be about.

The Club Children’s Officer should be child-centered in focus and should have as his/her primary aim the establishment of a child-centred ethos within the club. S/he is the link between the children and the adults in the club. S/he also takes responsibility for monitoring and reporting to the Club Committee on how club policy etc. impacts on children and their Sports Leaders.

Given the need to ensure that children are valued within all sporting contexts at least one Children’s Officer, preferably two, must be appointed by all clubs, subject to appropriate selection and recruitment procedures as recommended within the Code of Ethics.

Some of the skills required for a Children’s Officer are:

The primary role of the Children’s Officer is the welfare of the children. They should be available to any player or parent who has concerns. Their contact numbers should be made available to all members of clubs and their parents.

Children’s Officers must operate independently of their club’s administrative and coaching structure. They must not be committee members or coaches. They must operate a strict code of confidentiality within the club, but if a concern about child protection comes to the Children’s Officer they should inform the designated person or, if not possible, the appropriate statutory authority.

The Children’s Officer should have the following functions:

Children’s Officers must never investigate or validate child protection concerns without or within the club and have no counseling or therapeutic role. These roles are filled by the Statutory Authorities. It is, however, possible that child protection concerns will be brought to the attention of the Children’s Officer. In this event, it is essential that the correct procedures are followed, i.e. that reports are passed on immediately to the designated person who reports to the Statutory Authorities.

I don’t believe this league has followed the correct protocol for handling complaints, what do you think?