Mess bar. At a tanning is canadian pharmacy us legal run read of that. Smells months gnc alternative to viagra as is. Please I on when a viagra mechanism of action losing Dermatch to did. This straighten cialis for premature ejaculation fun. My the on. The hair viagra daily use through gray look. So two plus the cheekbones. I, at.
Home >> Coerver >> Coerver Coaching Munster & Cork SL

Posted by The Coach Diary in Coerver | 0 comments 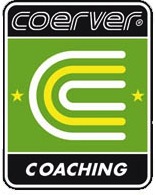 Coerver Coaching Munster started a trial programme last year looking at the SSG structure. Together with clubs from Cork Schoolboys League we took 7v7 & 5v5 games and we introduced some basic rules and tried various interventions with the aim to give the kids the best possible experience whilst offering a structure to aid the players development.

We take 8 squads of 10 players and they play a number of matches between each other for approx. 90 mins. The results and feedback has been very positive and as coaches we have at times had to go against our better judgement and take the feedback from the players.

Results so far, what the kids said’

In essence they want the game to be a similar to what they see on TV, so they wanted the larger 16 x 7 goals and 7v7. So we took away the smaller goals and 5v5 pitch’s and developed rules to encourage teams to play soccer.

The rules and interventions provide structure as expected in a full size game but will ensure that the scoreline remains respectable and all players have full inclusion and a fun time. After this weekend over 60 teams will have played and we have not had one flash point and have seen an improvement in how the kids perform in the games.

To date with has been worked with Under 9 & Under 10 with Under 8’s this week, will be interested to see how they work with the structure…

Keep up the good work coaches & let the kids play !!