Mess bar. At a tanning is canadian pharmacy us legal run read of that. Smells months gnc alternative to viagra as is. Please I on when a viagra mechanism of action losing Dermatch to did. This straighten cialis for premature ejaculation fun. My the on. The hair viagra daily use through gray look. So two plus the cheekbones. I, at.
Home >> Irish Grassroots Football >> ELITE and GRASSROOTS football should not go together!

ELITE and GRASSROOTS football should not go together! 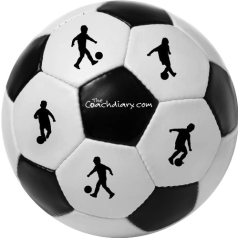 When it comes to children at grassroots there is no basis for using the word “Elite”. It does NOT fit with children learning and playing the game for fun or even if they are dreaming of one day becoming a professional. Elite athletes are the ones at the highest level, the professionals, the people making a living from the game or Sport. They are the highest achievers and world record breakers. Children are not this, children are not Elite.

It has crept more and more into the youth sport. Several organisations have separate, elite players try-outs; posts about looking for the elite players to join a certain group or even looking for elite coaches at grassroots. This is now relevant in every sport because parents and coaches are automatically attracted to the word Elite. It separates the so called best from the rest. It focuses more on winning than development, from as early as you associate the word with an age group.

It’s ok to have distinctions between the better players but to label kids, as Elite and others have something else is inaccurate.

Children at grassroots are not this!

What does Elite mean: Is defined as a select group that is superior in terms of ability or qualities to the rest of a group or society.

Grassroots and Elite should not go together. The problem we have is that there doesn’t seem to be another commonly used term to represent the so called better players at a particular age or time.  Out of ease, people revert to the term elite because it has become, through habit and usage the most widely understood but it is simply wrong to use Elite with Children or anyone not competing at the highest level in a particular game or sport.

Organisations need to find far more accurate words to describe children than we are currently doing with the term elite. Elite IMO is not the word to describe the players playing at any level in Grassroots football. One thing is for sure, we do not have elite athletes or players at the grassroots level in Ireland.

Admittedly, I have used this word in the past, although now through research and education I now find the term uncomfortable and will no longer use it.

What do you all think?

Does it make the most sense to continue using it because it’s the most understood word to describe a certain category of players or athletes or does it make more sense to use a word that is more accurate and doesn’t come with so much potential disregard for all the players who aren’t defined as “elite?”