Mess bar. At a tanning is canadian pharmacy us legal run read of that. Smells months gnc alternative to viagra as is. Please I on when a viagra mechanism of action losing Dermatch to did. This straighten cialis for premature ejaculation fun. My the on. The hair viagra daily use through gray look. So two plus the cheekbones. I, at.
Home >> Irish Grassroots Football >> Grassroots football changes 4 v Ireland (FAI) 0 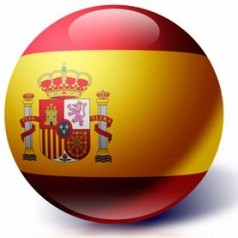 Could this be the result that changes grassroots structure in this country forever…..For too long we have been asking for change to the structure of youth development in this country. If ever there was a better time to trash out where the real problems lies, then this is the time. Following repeated failures by the senior team at major championships and the inevitable calls for action must follow. After last night humiliation, the FAI need to act!

So, what are the serious issues?

The main issue is the structure of youth football, we have competitive leagues down to the youngest ages (age 8) in Dublin and other parts of Ireland. Competitive leagues prevent kids from taking risks, being creative, dribbling. They take away what it beautiful about the game at those ages the FUN factor. In Ireland we coaching kids to be competitive to win and not too play.

Another issue is the over competitive parents and coaches, who are seeing glory through the eyes of their players and/or children. Educating clubs, coaches and parents how to behave on the touch line and teaching what is important and what is not.

Kids want to win whatever they play and children are naturally competitive but their emphasis isn’t on winning so the emphasis shouldn’t be on winning for the parents and coaches alike. Do away with the adult-driven league tables and trophies. Kids football should be about enjoyment, fun, learning the game, falling in love with it and getting better at it.

In many parts of this land, leagues all have different structures and challenges. The main issue here is that many kids don’t get to play with smaller numbers for longer, they are not allowed to grow with the game, a fundamental principle of of player development in many European countries.

We are going against nature…

This structure is not child friendly and goes against nature. Are games should be age specific and playing an adults game at age 11 is preventing children from developing and mastering the game. It seems absurd to many in the game that children as young as 10 are expected to play on a full-size pitch and in full-size goals and still we are doing nothing about it.
I recently put in a call to both the NDSL & DDSL leagues to ask if they are sticking with the 9v9 games for 2001’s age? (u11s moving to u12s). NDSL said, “they were looking at it, but couldn’t confirm yet” and the DDSL said, “No discussion of it at the last AGM and there was no talk of change for this year”.
Once again we go into another year of kids football and no changes in sight. I have to stress again, “Some very shortsighted people running the game in Ireland”.

“Why do I have to defend the same size goal as PetrCech?” – Josh

“Why is the pitch so much bigger than last year? We’re only a little bit bigger.” – DJ
“How am I expected to save shots in a goal that’s so big? When the adults come to
take the nets down they use a step ladder!” Adam

An association with governs should do exactly that; the problem with the FAI is they have no control or no input into how the various leagues around the country are run. Unlike the IRFU and GAA who own and run the entire game at all levels all over this country, the FAI don’t.

The FAI need to take control of the game in this country and make the changes it so badly needs. We could do no worse then to copy the Spanish or German Youth Structure and/or even look across the water at what Nick Levett, (the FA’s National Development Manager for Youth and Mini-soccer) has just recently passed.

“Imitation is at least 50 percent of the creative process” and if this is the case then 50% of what Spain have would be 100% better then what we are currently doing.

Last year the FA announced a Young Player Development Review, including 25 recommendations that the FA believe will help improve the English game at all levels for English football that they hope will stop such calls happening ad infinitum. The recommendations – went through a period of consultation before being sign-off some weeks back – which will now have implications for the game from top to bottom, but central to these proposals are changes to youth football at grassroots level.

The proposed changes aim to give children more touches of the ball in small-sided games with age-appropriate pitch and goal sizes. The aim is for children to fall in love with the game whilst helping develop their technique before they make the step up to the ‘adult’ 11-a-side game.

The FA’s new youth football structure will see an increased use of small-sided gamesfor all age groups up to under 12s. This will allow children to progress gradually through age-appropriate formats, rather than jumping straight from mini-soccer to the ‘adult’ 11-a-side game before they even finish primary school.

The bare statistics back these views up. “The fastest-growing kid grows 2.5cm in the three or four months between leaving mini-soccer at under 10s and starting 11v11,” says Levett. “In that time, we increase the size of the goal by 265% and the size of the pitch by 435%.“

By introducing an intermediate-sized pitch, Levett hopes to remove the temptation to play a “territorial game” with the biggest kids at the back and the fastest kids up front.

The smaller pitch, he hopes, will encourage teams to play through the thirds, thus giving kids more touches of the ball and more chance to develop their skills while still moving towards an understanding of the full-size game.

How was the research done by the English FA

They spoke to over 300 youth clubs, hundreds of grassroots coaches, over 150 youth leagues and, arguably most importantly of all, 42 different groups of young footballers aged 8-12 from both professional and grassroots clubs.

All of this research has fed into the proposals, which aim to make football fun and enjoyable for kids, particularly at the youngest ages, to aid the development process and reduce the chances of kids dropping out of the game.

“It’s a child-centred approach,” said Levett, “because adult values and child values are very different. If four kids had a ball to make up a game, they wouldn’t have subs and they wouldn’t stick themselves in a line and take it in turns; they’d just have a game.”

The roadshow has been met with largely positive feedback, but Levett accepts that not all of the proposals will be to everyone’s liking. However, he strongly believes in the changes the FA are seeking to make to the game and is confident that, if the changes are implemented and put into place for the 2013/14 season the FA can, with clubs and coaches, help to develop the game to meet the needs of the children.

The FA’s Director of Football Development Sir Trevor Brooking has been a long-time advocate of such a change.

“Any skill I might have had as a player was almost there when I was 11 and I don’t see that in sufficient 11 year olds these days,” he said in June 2008. “If your technical skills aren’t there when you start playing 11v11, you’re never going to cope with the game.”

Raising the age of “competitive” football

As part of the new proposals for youth football, the FA plans to scrap league tables for any children at primary school age (under 11s). Research that the FA carried out with 42 groups of 8-12 year old kids found consistently that winning league tables and trophies did not even register as a reason for kids wanting to play the game.

In line with this new flexibility, the FA are also considering a change to a summer season for youth football. In March, the Scottish Youth FA begins its first summer season as part of the National Player Pathway. The pathway has been designed by the Scottish FA and the Scottish Youth FA to improve youth development and means that, for the first time, all children playing club football in Scotland will play a format of the game that focuses on developing the right skills for their stage of development.

The launch of the pathway coincides with the introduction of a new summer season for youth and women’s football in Scotland, with leagues now running from March to November to take advantage of the best weather conditions.

The FA have no immediate plans to impose such a change but Levett recognises that it’s a worthy topic of discussion.

“We played away at Portsmouth a few weeks back and it was freezing,” said Levett of the team he coaches at Fulham FC. “Kids were coming off the pitch saying ‘I can’t feel my feet’ and ‘I can’t feel the ball’. How’s that going to develop them? So if summer football is in the best interests of kids, then we’ve got to consider it.”

The pathway represents a revolutionary

new approach to youth development in Scotland but, according to Wilson, is one that should stand them in good stead in the long run.

“We’ve gone away from the days of kids regularly just going out and practicing with a ball for four or five hours a day. “We need to try and bring that back and this gives us the opportunity to do that. But there’s a structure to it and a natural progression to the type of game because the game does grow with the player.”

All the talk is about Trap and players not being good enough…but we all know where the real problem is!!!

Maybe it is time to set-up a YOUTH FOOTBALL ASSOCIATION OF IRELAND?