Mess bar. At a tanning is canadian pharmacy us legal run read of that. Smells months gnc alternative to viagra as is. Please I on when a viagra mechanism of action losing Dermatch to did. This straighten cialis for premature ejaculation fun. My the on. The hair viagra daily use through gray look. So two plus the cheekbones. I, at.
Home >> Childrens Health >> Irish Kids disappoint the worlds best Academy coaches.. 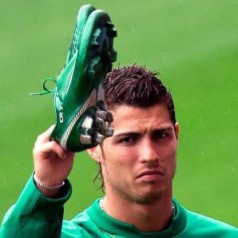 The reality is that our kids are far less superior to our Iberian neighbours and why? Well the game in Europe is age appropriate and the focus is to develop the kids technically, allowing more touches of the ball and encouraging them to express themselves by taking risks and being spontaneous. They want the kids to enjoy the game and play with a smile, be flamboyant, take the players on….Dribbling is taught at a very earlier age and always encouraged.

Kids begin learning with smaller size balls; when I lived in Portugal we played and trained with size 2 and size 3 balls (in our spare time we played with a Futsal or Olympic handballs) all the time. Using smaller size balls allows kids to get a feel for the ball and its much easier to control with both feet.It’s also much easier to master a skills. Bigger footballs are heavier and harder to control for younger kids. Futsal has a huge part to play in this country and every child taking up football or Soccer should really begin with Futsal. Kids need to be learning and developing in the game with small sided games, i’e. 3v3s, 4v4s  or 5v5s etc

Currently our focus is results driven, leagues, cups, top goal scorer, getting the ball forward and playing bigger kids over the smaller more technical and why? Well to win of course…..!

Why do we have an All Ireland competition for 9 and 10 year old’s…totally daft???!!!

This year 3 FCBarcelona coaches, 1 Sporting Club de Portugal Coach, 1 Sporting Braga Coach and Horst Wein to name a few all had the opportunity to watch Irish kids of various ages and abilities and they all expressed the same concerns, Irish kids are not intelligent (Game intelligence) and technically very poor.. “They weren’t able to take instructions in and could not understand the basis of a very simple phase of play”

I don’t blame the kids, the blames lies with SFAI, The leagues, FAI, The Coaches. The fact is we have leagues at such a young age and this takes the focus from away from developing over winning. Something that could so easily be rectified with a board meeting. We don’t have enough qualified coaches working at the youngest age groups. Although we have some of the best surfaces and facilities in Europe and much better than facilities local clubs in Brazil, Spain or Portugal and out kids are provided with the best equipment and enthusiastic coaches (who give up their time for no pay) in most cases.

We are not making the most of these beautiful GREEN pitches we have all over Ireland. With these surfaces, its a shame we don’t encourage and coach total football, like our European neighbours. We still look to England for solutions, which we won’t find in a hurry as they themselves are looking towards the Bay of Biscay.

If you look at our league structures they are solely focused on winning and fast tracking kids to the adults game of 11v11 players on full sized pitches and what has this done for developing kids in Ireland? Well, not much, we are producing less kids every year for the English market. Yeah we still get the handful that go across the water but as research has shown its not long before they return home.

A recent report stated in an average year, 50 young Irish footballers are contracted to play with British clubs. But according to a recent study carried out by the Professional Footballers Association (PFA), 85% subsequently fail to make the grade as professional footballers.

In May I spoke to the coordinator of the SSG of one of Dublin’s biggest leagues, I asked why are we playing competitive leagues as such a young age  and why 11v11 at age 11 even 12? (which is still pretty much the case, we just moved the age group).  I was astonished to hear the negative attitude of this person, he/she was more concerned with the response of what the big DUBLIN clubs would do if changes were made. Not to my surprise, they showed no concern for the kids or even expressed an opinion of youth development.

We have come along way, but we still have a long way to go….. we’ll get there…one day. Its never to late to make change. The changes are coming but when the game is run by volunteers don’t expect things to happen quickly. Finance will have a big part to play if we are to see nation attitude change towards developing young kids. A player centred approach is what is required from bottom to top.

There are 12,500 players in the English academy system, but only 0.5% of under-nines at top clubs are likely to make it to the first team. There are also suggestions that drop-out rate in football is similar to other sports, such as rugby union, which can lose 76% of players between the ages of 13 and 16.

Sources ( XPRO,BBC Sport and The PFA)