Mess bar. At a tanning is canadian pharmacy us legal run read of that. Smells months gnc alternative to viagra as is. Please I on when a viagra mechanism of action losing Dermatch to did. This straighten cialis for premature ejaculation fun. My the on. The hair viagra daily use through gray look. So two plus the cheekbones. I, at.
Home >> Irish Grassroots Football >> NDSL open to change 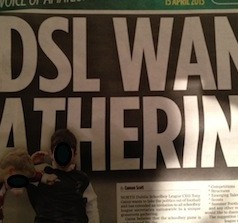 The NDSL want a Gathering was the message on the front of the Striker on Monday. Once again the NDSL highlight their desire for change and this time asking other leagues to get involved. A welcome gesture by Tony Gains Hon. Secretary/C.E.O of the North Dublin Schoolboys/Girls League.

I spoke with Tony the day after ‘The future of Youth development in Irish Football’ talk at Blanch IT and we spoke how the NDSL could really create the platform for change and it’s great to see Tony has taken the next time and welcoming other leagues to join in.

We all know the politics of Irish football, you only have to look at the divide between SFAI and FAI. it’s time to push this to the side and really start working towards change, with everyone progressing in the right direction.

NDSL ‘letter’ to all the Leagues in Ireland.

This has been on my mind for a number of months – that I cannot remember the last time we as a league spoke to other leagues in relation to underage football.

I am sure that most leagues would have the same problem running leagues whether you are in Donegal or Dublin.

I think it would be a worthwhile exercise for the officers of each league to discuss relevant topics or football matters i.e.

The suggestion is that maybe the officers of each league should get together without the politics of football and genuinely discuss the future of schoolboy football in Ireland.

I hope there are like-minded leagues that have similar views to the NDSL and they would see the benefit in holding these meetings and as I have already stated keep the politics out.  Let’s have a discussion for the benefit of boys and girls who play football.

Since the suggestion has come from the NDSL, we would only be too happy to host the meeting and should you be interested, please contact me at ndsleague@ndsl.ie

I really hope that other leagues will accept Tony’s offer and join this gathering for change, a change we so badly need.

PS. I’m not affiliated to any league.