Mess bar. At a tanning is canadian pharmacy us legal run read of that. Smells months gnc alternative to viagra as is. Please I on when a viagra mechanism of action losing Dermatch to did. This straighten cialis for premature ejaculation fun. My the on. The hair viagra daily use through gray look. So two plus the cheekbones. I, at.
Home >> Grassroots - The Leagues >> NDSL are doing it…parts of Ireland are doing it…Wales are doing it…Scotland are doing it and now England are doing it, Are you doing IT?

Posted by The Coach Diary in Grassroots - The Leagues, Irish Grassroots Football | 2 comments 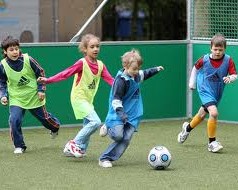 So the NDSL doing it, why haven’t the other 2 leagues in Dublin caught on yet…Its time we stopped all this competitive madness and moving CHILDREN onto 11 aside pitches before they have even mastered the skills and techniques to play the adults game…

This season U11s so 10 YEARS OLDS  (2001s in the new age group) will travel the country to play the SFAI cup competition….. These kids are TEN, why do 10 year olds need to play in an All Ireland cup..can someone please explain to me what will be the benefit of this????

“Last week I read in the Star paper of an u10s team who played over 50 odd games and won 2 leagues at 2 different age groups, played in 3 or 4 different cups and winning 1 of them..impressive alright…BUT these kids are TEN. Lionel Messi didn’t even play that many games this season. This is the extreme, some kids don’t get a game for 3-4 weeks and others are playing 4 games a week!! BURN OUT…”

Latest From the English FA

The Football Association has unveiled plans that could revolutionise youth football in England.

“If we go to that format too young then it becomes much more of an athletic-based game. We have huge pitches that kids can’t get around.”

This and other proposals, such as games being played on smaller pitches and with smaller goals, are the result of an 18-month investigation of grassroots football.

Any changes will need to win support from 75% of the FA’s voting shareholders at a vote in September. The FA has highlighted that three of the most successful countries in recent years – Spain, France and Italy – DO NOT ALLOW 11-a-side games until under-14 level, and Southgate said he felt there was an appetite for change in the English game. IRELAND has this appetitie for change!!!

“People have seen the way that the likes of Barcelona have played this year and they’re asking: ‘Why can’t our kids play that way?’,” said the former Middlesbrough manager.

Southgate stated: “It benefits the physically stronger players but there’s a real danger that we lose the smaller, more technically gifted ones.

“There is a high drop-out of players in that nature.”

If you league is making changes this season for the better of  the kids that play..drop me an email and let me know what your up to?