Mess bar. At a tanning is canadian pharmacy us legal run read of that. Smells months gnc alternative to viagra as is. Please I on when a viagra mechanism of action losing Dermatch to did. This straighten cialis for premature ejaculation fun. My the on. The hair viagra daily use through gray look. So two plus the cheekbones. I, at.
Home >> Development >> New Rules for Kids Football in Stockholm 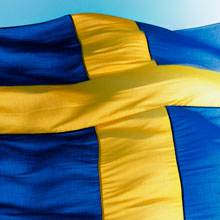 have been drawn up according to the findings of a lengthy survey of coaches and perhaps more importantly, players. The announcement has not so far received a great deal of coverage, but there must be at least some concern in the boardrooms and boot rooms of the bigger clubs.

There are four main criteria in the certificates, one concerns communicating the aims of the new football strategy to players and parents and another aims to further the zero tolerance campaign aimed at eliminating abusive language and behaviour.

The two new rules the clubs must promise to adhere to are:

A further significant change is not one they can sign up to, it will be imposed upon them by the organisers of the St Erik’s Cup (the Stockholm football league structure), it is that:

I imagine clubs are already working out fairly obvious ways around the laws: How to let players and their parents know it might be a good time to contact a certain bigger club themselves to enquire about a try out, for instance.

in-house so everyone involved knows how they are faring. And I guess the leagues will still be divided into “Easy”, “Medium” or “Difficult”, as they have been in lower ages until now.
Substitution rules only affect those actually summoned to the match, hopefully there will be self-regulation ensuring that all players in a squad get a fair share of call-ups.

Of course, we will have to wait for a season or more to be able to properly evaluate the effects. I guess they will one day hope to measure a reduced drop-out rate amongst 11-13 year-olds. Bigger clubs may well warn that the more talented players will not get the dedicated training they need. While others will argue that having more players still playing the game at a later age will lead to a greater pool of players at the top end later: late-developers should be less likely to be lost for ever.

The federation is offering a variety of training for club officials and trainers to help push the strategy forward. I feel optimistic that it will eventually lead to more children playing football with less pressure, for longer.

Footblogball guest write Aidan Isherwood reported on this from Sweden