Mess bar. At a tanning is canadian pharmacy us legal run read of that. Smells months gnc alternative to viagra as is. Please I on when a viagra mechanism of action losing Dermatch to did. This straighten cialis for premature ejaculation fun. My the on. The hair viagra daily use through gray look. So two plus the cheekbones. I, at.
Home >> Irish Grassroots Football >> Respect 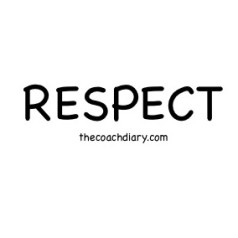 Just back from a trip of a life-time. The Champions League final in Lisbon, after getting an invite from UEFA media partners, I won’t go into it other than to say, it was a glorious experience.

One thing that really got to me about the game was the lack of respect the players and coaching staff showed toward each other and the referee. I’m not going to go into to much detail, but when players start to celebrate a victory before the game has ended, shows a lack of respect and class.

The professional game is the entertainment business and the players are paid to perform and entertain but they can still show class and respect. The development Zone is the grassroots game and it is here we can teach the players about values including respect. If they don’t make it to the top at least they will have learnt about being respectful.

Ronaldo’s show boating at 3-1 was disrespectful and showed once again that he lacks class. He was conducting himself in a fashion that is simply a display of arrogance, behaving in an egotistic sort of a way.

The spirit of the game has changed in recent years with the influx of the million pound wages and the governing bodies are tolerating cheating, players being disrespectful towards the officials and opponents. All these types of belittling the opponent etc show a lack of respect.

As youth coaches we need to try and change this. We should be teaching our athletes to go out and work hard, play hard, and compete hard in sports and in life without having to attract attention to how we perform. There is nothing wrong with jubilation, but excessive is disrespectful, especially during the game.

The game wasn’t even over the other night and the Real players were continuing to celebrate whilst the game was still on. This showed a complete lack of class and respect. The great John Wooden said to his players during a time out

“Now, remember when this game is over to behave in an appropriate manner. Do not make fools of yourself. Let the alumni and student body do that if they choose. Don’t you do it!”

“your reaction to victory or defeat is an important part of how you play the game. I wanted my players to display style and class in either situation –  to lose with grace, to win with humility.”

It’s very important to keep things in perspective. Not doing this will harm your peace of mind and affect your ability to prepare and perform. This is possibly why Ronaldo had such a bad game. During the warm he was showboating, he was being disrespectful to the opponent to showing off to the fans. He did not prepare himself well, he prepared in the wrong fashion and it showed in the game. At the end it showed that he and some of his team mates lacked class and respect towards the opponent even when the game was out of sight.

It’s important as coaches that we teach youngsters to be considerate of others. This doesn’t mean you can’t work hard, we know that hard work will bring desirable results. Being respectful towards the opponent (COACH & PLAYER) and being alert to consequences of your actions, this is just as important. You must practice what you preach. Every decision you make, will affect others, make sure you pick the right one.

So the next time you see a player showing respect, why not applaud him or her for it. We are quick to ridicule and show our anger but rarely do we show our appreciation towards a player that shows a bit of class (RESPECT). Children learn by imitating adults. Studies have continued to show that this has not changed in recent years. Children have brains like plane paper.

We can say that it is true that children learn best by observing the behaviour of adults and they try to copy it. It is the adults who should watch their behaviour and try becoming a good influence and example for the children. As coaches we can affect a positive or negative change working with children, the effort will be the same. Teaching them about Respect should be an important value to always consider.

How about you? What does respect mean to you? What were your own defining moments that helped shape that meaning?