Mess bar. At a tanning is canadian pharmacy us legal run read of that. Smells months gnc alternative to viagra as is. Please I on when a viagra mechanism of action losing Dermatch to did. This straighten cialis for premature ejaculation fun. My the on. The hair viagra daily use through gray look. So two plus the cheekbones. I, at.
Home >> World Football >> Socrates Dies 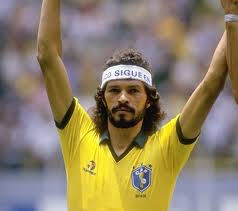 Socrates — who in 1982 captained what is widely regarded as the best Brazil side never to have won the World Cup — was taken to the hospital late Friday after suffering food poisoning.

He was hospitalised twice in August and September this year with bleeding in his digestive tract, and recognised after these incidents that he had problems with alcohol, especially during his playing days. A smoker and heavy drinker even in his playing days but renowned as probably the best play-maker of his generation who played for Brazil at the 1982 and 1986 World Cups.

Born on February 19, 1954 in Belem, a northern city on the banks of the Amazon river. One of the most elegant midfield generals in soccer history, Socrates, began his career in Botafogo. He was never a teenage star and didn’t make his debut in the Brazilian national team until he was 25. He was blessed with wonderful skills, vision and seemed to have so many options when he was on the ball. He was able to play the ball wherever and whenever he wanted. His heel-kicks became famous world wide.

He joined Sao Paulo club Corinthians in 1978 and stayed for six years.

Bearded, thin and popularly known as ‘Magrao’, or the Big Skinny One, Socrates was part of a golden Brazilian generation that included midfielder Zico, Junior, Falcao and Eder.

The brilliant Brazil side of 1982 was regarded as one of the best never to win the World Cup title after they were upset by eventual champions Italy in the second group phase of the tournament in Spain.

An astute passer and reader of the game, he earned his nickname of ‘The Golden Heel‘ with a uniquely nonchalant playing style, using the backheel to telling effect and scoring memorable goals with both feet.

His languid penalty-taking style, eschewing the traditional run-up to merely step up to the ball and lift it into the net, backfired at the 1986 World Cup where Brazil lost to France in the quarter-finals on penalties after one of his lazy efforts was saved.

Socrates was included in FIFA’s list of the best 125 living soccer players in the world, a list compiled by countryman Pele. Socrates played 63 matches with the national team, scoring 25 goals. At Corinthians, during a time of military government, he was a leading figure in the Democracia Corinthiana movement where everything was decided by a vote of directors, technical staff and players.

The team would send messages to the country’s government by taking to the field with banners demanding ‘Direct elections now’ or “I want to vote for President’.

Socrates had a short and unhappy playing spell in Italy with Fiorentina and, shivering from the cold in a bizarre postscript to his career, Socrates was not an ordinary athlete, infact he didn’t look at himself as an athlete. He smoked a pack of sigarettes every day, and that was one of the reasons to why he never settled in Italy when he arrived there in 1984. The lifestyle didn’t suit him and he went back to Brazil a year later..

His younger brother Rai, also a midfielder and a Sao Paulo favourite who spent several seasons at Paris St Germain in the late 1990s, was a member of the Brazil squad that won the 1994 World Cup in the United States.

(Writing by Rex Gowar in Buenos Aires, editing by TCD)