Mess bar. At a tanning is canadian pharmacy us legal run read of that. Smells months gnc alternative to viagra as is. Please I on when a viagra mechanism of action losing Dermatch to did. This straighten cialis for premature ejaculation fun. My the on. The hair viagra daily use through gray look. So two plus the cheekbones. I, at.
Home >> EURO 2012 >> The EURO 2012 Draw at 5pm today 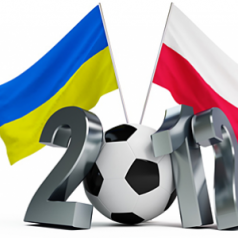 The great and good of European football are gathering in Kyiv for the UEFA EURO 2012 finals draw which takes place at the city’s Palace of Arts at 18.00CET (19.00 local time) on Friday with full coverage in UEFA.com’s DrawCentre.

Reigning champions Spain defeated Germany in the 2008 final, as well as overcoming Joachim Löw’s men en route to FIFA World Cup glory two summers ago. On the eve of the draw, Spain coach Vicente del Bosque said it is the Nationalmannschaft he is keeping an eye on. “On the face of it they will be the most dangerous team,” the former Real Madrid CF coach said. “They are keen to play us and they’ve improved a lot as we saw in their [recent friendly] wins against Brazil and the Netherlands.”

takes place in Ukraine’s capital, and while József Szabó, a former coach of the co-hosts, feels a group of “Russia, Greece and the Republic of Ireland” would be a good outcome, current boss Oleh Blokin has identified a renowned force within one of those teams. “Giovanni Trapattoni is one of the most respected managers in the world game,” he said of the Ireland coach. “He is known and liked in the world of football and it is no different in Ukraine. We know him as a great manager and we will respect his team.”

other host nation, Poland, are taking part in their second consecutive EURO and striker Robert Lewandowski is excited about taking on the cream of the continent’s talent. “I’d prefer not to play Germany, Portugal and France, but we don’t fear any team. In November we lost against Italy, but that’s gone now. We could play them again and fight for the win.”

The 16 teams will be drawn into four groups of four teams each (Groups A to D). Four seeding pots will be created, with the host associations Poland and Ukraine being top seeds. Poland will be automatically placed in Group A, as A1, Ukraine in Group D, as D1.

The remaining teams have been allocated to the four pots according to their respective national team coefficients.

The draw will start with Pot 1 in order to fill position one in Groups B and C. The draw will continue with Pot 4, from which a team will be allocated to each group consecutively, from Group A to Group D. This procedure will then be repeated for Pot 3 and finally for Pot 2.

The position of each team within its group (2, 3 or 4) will also be determined during the draw.

Furthermore, and supporting the motto ‘Creating History Together’, UEFA has invited legendary players from all previous editions of the tournament to participate in the show. In addition, the official match ball

of UEFA EURO 2012 will be unveiled during the ceremony.

The draw will be shown live by more than 70 broadcast partners, covering more than 150 territories around the world

How the Groups will work?

Group A (Is Poland’s Group)

Games are played in Warsaw and Wroclaw, if we get this group we will most likely have 3 Games in Wroclaw.

Group B (Games in Ukraine)

If we don’t get Group A then we want to be in this Group with the best outcome being 2 matches in Poznan and 1 in Gdansk for the last group game.

Another group to avoid with games based in Kiev, Donetsk and then Kiev again….way to much travelling we don’t want that!

Even as group runners in Group A we get to stay in Poland!