Mess bar. At a tanning is canadian pharmacy us legal run read of that. Smells months gnc alternative to viagra as is. Please I on when a viagra mechanism of action losing Dermatch to did. This straighten cialis for premature ejaculation fun. My the on. The hair viagra daily use through gray look. So two plus the cheekbones. I, at.
Home >> Coach Talk >> COACHTALK: Austin Speight 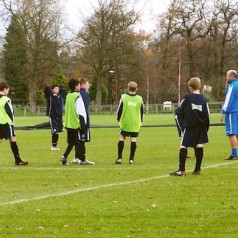 I met up with Austin Speight again to find out how Coerver is going in Ireland. Austin Speight is a UEFA A qualified coach and the Ireland Director of Coerver Coaching.

He has worked at the highest level in England since age 28 as a coach & has worked with some of the games biggest names inc David Beckham, Steven Gerrard, Joe Cole, Frank Lampard and Man Uniteds latest £20m purchase from Blackburn Rovers, Phil Jones to name a few.

Austin has formerly coached at the following clubs: West Ham United (92-95); Stockport County (95-98); Manchester City (98-99); Blackburn Rovers (99-06) and Crewe Alexandra (06-07) and is currently working with some of the best British and European Soccer Academies.

TCD: How long has Coerver been operating in Ireland?

AS: Since 2009 so 4 years, Globally it has been around since 1984, 30th Anniversary 2014! We are planning a couple of big coaching events here in Ireland and our main event is in Madrid at Easter which is a global Coerver event.

TCD: Coerver seems to be accepted all over the world, do we really value ball mastery in Ireland?

AS: No there is extreme ignorance here in Ireland of coaching  generally and coaching techniques. Too much emphasis is put on winning at all costs, having leagues and results at younger ages, U12 and below is not good for development of young players or coaches. Ideally, coaches need to work individually with the player and then work with the team. Generally coaches just focus on the team and winning. Ideally, focus of U12 & below should be on development of talented players. Small sided games 4v4 etc more touches on the ball, more opportunities to defend & attack, more opportunities to score and no leagues or results.

In my experience of coaching all over Ireland both North and South very few, if any, clubs actually follow any coaching curriculum or plan. Each coach. team makes up the sessions without too much thought about technique or how to develop young players both male and female. Would you send your child to any school that didnt have a planned curriculum?

“Skill is an athlete’s ability to choose and perform the right techniques at the right time, successfully, regularly and with a minimum of effort. Footballers use their skill to achieve football objectives. Skill is acquired and therefore has to be learned. Coerver Coaching has developed a strategic plan and curriculum over 30 yrs to help develop young players to reach that sort of level of ball mastery and technique & I would highly recommend this program to all young players & coaches in Northern Ireland.” Jim Magilton Elite Performance Director IFA

TCD: Where is Coerver operating in Ireland?

Cork, Waterford, we have a strong base there and we also work closely with development of coaches within the Cork Schoolboy League. We deliver monthly sessions in Cork which is open for all coaches at every club in the CSL. Eddie Doyle, the league Secretary, is a strong believer in the correct development of players and also coaches.

NDSL in Dublin with Mitch Whitty have also had Coerver in to deliver coach education programmes for the league coaches.

We have a coerver partner club program which in UK many grassroots and top professional clubs work with Coerver, such as Newcastle United, Arsenal, Stoke City etc. Here in Ireland, Shelbourne FC are one of our Partner Clubs, we have a 5 year development plan for the schoolboy section of the club which is aimed at developing both players and coaches.

Outside of this we have many Performance Academies across Ireland – we have just open 6 new ones in Northern Ireland. This is were parents pay coerver directly to improve their child by weekly coaching sessions. Basically getting pro level coaching at grassroots level and sole aim is technically developing the individual from age 5 upwards.

TCD: Are they IFA now using the Coerver programme for their underage teams?

AS: Yes the new head of Elite player development Jim Magilton is a big fan of Coerver and the results it has produced globally over 30 years. He has also been promoting Coerver to all grassroots clubs in Northern Ireland to use the system and have Coerver in at their individual clubs to develop players and equally the quality of  coaching. Not just the IFA, many of the Worlds leading clubs and National Associations use Coerver to improve their players technique.

TCD: How important is ball mastery and what age can kids start to master the ball?

AS: Its essential, if you cant master the ball- you cannot play!! The younger they start the better. Our Academy system here in Ireland and across Europe we start them at 5 years old. If you are being coached correctly on technique at 5-6 years old, how good are you going to be at 10, 12, 14 etc?? 5-6 year olds generally dont have any bad /poor playing habits, so given the correct instruction, it is amazing what they learn in a short space of time. We focus on 5-7 love of the game, 8-11 – skill Acquisition 12-16- team conversion.

Result at 12-16 you have players who can create a goal, score a goal or stop a goal.

TCD: How important is it for coaches to be working on ball mastery?

AS: Very important, players will not improve otherwise. How often when watching the Irish national team on any TV channel, the co commentator, constantly repeats the phrase “Lack of Technique” in comparison to who ever the opposition maybe.  Our 1 hour sessions with players, they literally touch the ball hundreds of times. Every session we deliver always has a ball, ball mastery – players all have a ball each.

TCD: What are your thoughts on Futsal?

AS: Futsal is good, anything that improves players touch, control, foot/ ball skills is a plus. Issue with futsal is can players transfer those skills onto grass in 11v11

TCD: I recently read about some Irish kids going to Spain to train after developing through the Coerver programme, is this true and what are the differences between an Irish kid and a Spanish kid at under age?

AS: Yes this developed from our Youth Diploma Course in Dublin with myself and Coerver Co Founder Charlie Cooke. The final part of the course, we invite some of our academy players in to play in the  final session. We had coaches attending the course from La Liga clubs and they invited one of the boys over. He has developed really well and he is now based in Madrid for next two years.

TCD: If coaches are interested in attending a Coerver course, how can they find out about the next one?

We several course throughout Ireland and we are delighted to say that our Youth Diploma Courses are always very well attended.

Next Course dates are as follows:

We also have a new course – “Play like Spain” Which will be next Summer dates to confirmed at Tolka Park.

We can also come into any club anywhere in Ireland and deliver Coerver coach Education sessions for that club, or league. They can call our Irish Office on 042 936 6910.

If you want to find out more about Coerver Coaching check out their website www.coerver.ie or go straight to their Youtube page for some great content.

TCD would like to thank Austin for this interview.

Next Up: Mike Antoniades