Mess bar. At a tanning is canadian pharmacy us legal run read of that. Smells months gnc alternative to viagra as is. Please I on when a viagra mechanism of action losing Dermatch to did. This straighten cialis for premature ejaculation fun. My the on. The hair viagra daily use through gray look. So two plus the cheekbones. I, at.
Home >> Coach Talk >> COACHTALK: Mark Rodricks 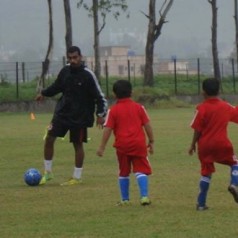 We head to India this week and speak to u10’s Pune FC Coach Mark Rodricks.

TCD: Did you play football before you started coaching?

MR: I have been playing since the age of 9 and still continue do so. So that’s been almost 15 years now of playing football.

MR: Since a young age, I’ve been close to the professional clubs in India and have followed the I-League clubs. Somehow running 5 rounds of a ground and then kick the ball around didn’t seem to appeal to me as how a person became a good footballer. Football coaching methods in India are archaic and I never got taught the right way or had the chances to grow like the kids these days have. Coaching was a natural progression to the change I wanted to see.

TCD: What is your current role at Pune FC?

I am the head coach of the U-10’s at Pune FC. That is formulating and implementing the program in accordance with the club’s footballing policies. I work closely with the Academy Director on this program.

MR: Since this is India centric, I have a fair few things I would like to change:

MR: As far as my knowledge goes, school level would be as early as 10 but academies are 12+ years and above.

MR: With the right amount of information at the right time, I love for players to experiment and learn things on their own. I encourage the boys to use their head and their brains! Learning something new every day is a vital part of their learning. Since I coach kids mostly who are under U-10, I do not impose a playing style on the kids other than ensuring the kids are comfortable with the ball at their feet. I encourage 1v1’s and try and cultivate fair play and a will to succeed.

MR: I have a lot of people who have helped me through the years but I try and take the most out of players, coaches and anyone involved in the sport. It helps me with my learning and to be a better coach.

MR: Each player brings something unique and different to the table, especially at a young age. At this age, your coaching learning sometimes gets thrown out of the window. The kids coerce you into improvising. I try and learn from each and every kid I coach.

A love for the sport and the willingness to learn in a tiny tot is an added bonus since that’s half your work done.

TCD: What is the future of football in India?

As much as I’d like to sugarcoat this and paint a rosy picture, since the apex body in India doesn’t seem to be doing much for the sport in the country, even with a large talent pool being the 2nd largest population in the world, we lack far behind Asian countries, let alone European/African/South American countries.

We need more coach educators, licensed coaches and an impetus on an all-round learning along with infrastructure easily available. These all are ingredients for shaping a positive future.

A little nudge and football can be sent on its way in India.

I always like to hear your opinions. Please comment below or drop me an email at info@thecoachdiary.com. If, you don’t have anything to add then please forward this on to a friend, a fellow coach.  Thanks for reading, as always.