Mess bar. At a tanning is canadian pharmacy us legal run read of that. Smells months gnc alternative to viagra as is. Please I on when a viagra mechanism of action losing Dermatch to did. This straighten cialis for premature ejaculation fun. My the on. The hair viagra daily use through gray look. So two plus the cheekbones. I, at.
Home >> Irish Grassroots Football >> Don’t ruin your season over a very basic decision….

Don’t ruin your season over a very basic decision…. 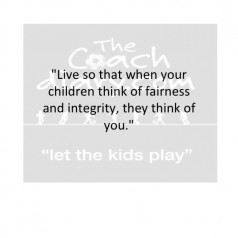 It’s called the business time of the year as many teams are fighting relegation, or on the brinks of a first league championship or for some it’s a cup semi or even a cup final. Many coaches/managers can’t put their entire season and coach reputation on the line by not being true to their beliefs, players and responsibilities. Let’s not forget, I’m taking about kids football here.

What are you on about, you might ask? Earlier today I received a call from a lady who’s friends son plays for an SSG side. Yesterday they played their semi final cup game but for 3 of the players who had got the team this to this point, it was heartbreak when they arrived at the ground. Dropped and for one reason only, to win the game.

They soon found out why when 3 players showed up from the clubs’s year below team. This might seem trivial enough to some but to anyone who has played the game will know that being dropped for an important game (not having a part to play) like a cup semi, can be a life long disappointment for any child. For sure the kids who were dropped won’t forget this game and they certainly won’t forget the coach who dropped them. After all, kids just want to play.

‘Most kids would rather play on a losing team than sit on the bench of a winning one. That doesn’t mean that kids don’t value winning, just that they prefer playing’

For every player each game is as important as the next one but cup games bring with them a tradition, they bring a slightly different feeling compared to other fixtures. Every child dreams of playing in a cup final, every parents dreams of watching their child perform in one.

For many coaches these games can bring with them unrecognised pressure. The pressure not to lose, not to be deemed as a failure and this is were so many become self obsessed. They think it’s about them, they thinks it’s about this one game; but it’s never about them, it’s always about the kids.

‘A good coach supports, rewards, teaches, and makes it fun’

Children understand that their might be better players than them on the team. However they won’t accept you being unfair to them and they certainly won’t forget. After all, the role of a coach is to reward hard work, discipline and commitment. When a player does everything that is required, works on his/her weaknesses and never cut corners. That is supposed to count isn’t it?

Shouldn’t a child’s playing time and a starting position come down to hard work, commitment to the team and showing up for training?  For all the wrong reasons Children will remember the coach who tells them one thing about what he expects but then when you meet those expectations, he goes ahead and does the opposite of what he’s told you. You show up for training, do your best, perform well  and then when it comes down to game time, you find yourself sitting on the bench or even worse, you find kids from the age below brought in to take your place in order to win the game.  For sure this is the one thing that the kids will remember from a coach. It might be the one thing that removes them from the game for ever. Come June, everyone will have forgotten about the cup final but they won’t forget how you made them feel. Not being true to your word and being dishonest and/or disloyal is what you will be remembered for.

“Live so that when your children think of fairness and integrity, they think of you.” – H. Jackson Brown, Jr.

To any coach who doesn’t want to fall into this category and be branded for life. Don’t get caught up in the winning of a single game. Be true to yourself, be true to your players (team), give them the opportunity to experience the chance of playing in such important games. Although you may never get to another final, the players will remember how fair you were and not how you won it. For sure, they will never forget these moments and they will certainly never forget how you made them feel.

To the players, if you truly love your game, then try not to let any coach’s unfair decisions get to you. Absolutely, this is easier said than done.  It can be very upsetting and frustrating to have to “play” or “not play” for this kind of coach. The trick however is to try not let any adult steal your joy and love for the game (I know I don’t always get it right but I will always apologise if i get it wrong). Just like in adult life you won’t always have to work with that person, so just like your coach, you won’t always have to play him/her and not all coaches are unfair, many are a great inspiration to hundreds of kids.  Keep doing your best and focus on performance, you can control that. One thing you can do is keep work hard in training regardless if you like the coach or not. Don’t let any coach stop you from working hard!

I always like to hear your opinions. Please comment below or email me info@thecoachdiary.com If, you don’t have anything to add then please forward this on to a friend.