Mess bar. At a tanning is canadian pharmacy us legal run read of that. Smells months gnc alternative to viagra as is. Please I on when a viagra mechanism of action losing Dermatch to did. This straighten cialis for premature ejaculation fun. My the on. The hair viagra daily use through gray look. So two plus the cheekbones. I, at.
Home >> EURO 2012 >> Euro 2012 – 10 players to watch out for.. 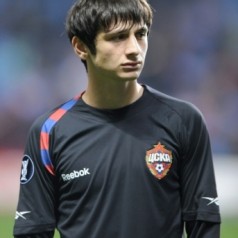 There are many “players to watch” at the euros and almost all of them you probably know about. I’ve tried to gather a selection of those you may not know too well or those that could turn out to be unlikely heroes and hopefully go on to have a great tournament.

The CSKA Moscow midfielder revealed that Frank Lampard is his idol and the 21-year-old plays eerily like him – an attacking midfielder with an eye for goal as well as being able to play that ‘’killer pass’’ according to former mentor Guus Hiddink. His 26 goals in 102 games for the Muscovite club, as well as 4 strikes in 18 internationals, underlines his very reasonable return in front of goal for a midfielder. He also holds the record for making his debut at the youngest age for any outfield player, 18, for the Russian national team. He will be expected to supply the attackers such as Pavel Pogrebnyak, Roman Pavlyuchneko and Andriy Arshavin as Dick Advocaat’s side will hope to repeat their memorable run of four years ago when they ventured all the way to the semi-final stage.

There are many “players to watch” type Euro 2012 articles out there at the moment. Almost all of them have named the same familiar players every time. I’ve tried to gather a selection of those you may not know too well or those that could turn out to be unlikely heroes and hopefully go on to have strong tournaments.

The best goalkeeper in Portugal’s Primeira Liga, Rui  marshaled the Sporting CP defence and finished the season with the second best defence in Portugal. He is a world class shot-stopper but doubts may be raised over his physicality as a goalkeeper and ability to come and collect anything that comes into his box. The Portugal side for the tournament will have to be extremely tight defensively to have any hope of getting through the Group of Death and Rui Patricio will have to be at his decisive best for that to happen.

Jose Bosingwa’s self-enforced exile from the Portuguese national squad has paved the way for Pereria to claim the spot as his own. The Portuguese defence, flanked by Pereira and Coentrao, does on paper have the possibility to be one of the strongest defences in the tournament. Pereira is an all-round talented right-back and his forays down the right-hand side will be vital to Portugal’s attacking play. During the season he put in particularly strong performances in Sporting CP’s impressive run in the Europa League. Having recently been signed by Valencia for just over 3m euros to solve their long running problem at right-back, Pereira’s confidence will be high and he possesses the ability to help drive this Portuguese side through a bitterly tough group. Forca Portugal

A productive forward throughout every underage level for Germany, this 21-year-old will be intent on continuing his fine goalscoring form at the biggest stage of all. 5 goals in 12 outings for the senior team, 5 in 4 games for the U-21’s and 10 in 11 games for the U19’s will have defender’s quaking in their boots as the Bayer Leverkusen striker will hope to establish himself at this tournament. Only the phenomenal goalscoring record of Mario Gomez this season cut see the Leverkusen man’s minutes curtailed as Germany coach Joachim Low prefers to operate with a lone striker.

A lot of the hope surrounding Ukraine rests on this man’s shoulders. He is just as comfortable deftly darting by players on the wing as he is bursting through the centre. A very skillful player and not one to hide his trickery, Yarmolenko had spoken of his deep admiration for Ukranian legend Shevchenko, only for the latter to return the favour by labeling Yarmolenko ”the future of Ukranian football.” With admirers stretching far and wide, a strong tournament could mean a big money move for one of Eastern Europe’s most entertaining players.

The forgotten man at Barcelona looks to have earned himself a starting place in the Dutch squad thanks to some impressive performances in recent friendlies. It seems likely he will start on the left hand side of the Dutch attack but will be allowed to interchange positions with the other attackers when the opportunity arises. His pace and directness makes him a problem to defend against. Afellay’s tireless work rate also benefits the team as he is not slow to track back and protect the full-back behind him, something essential for Dutch left-backs these days.

At 20 years of age and with Barcelona, AC Milan and Manchester United keeping tabs on the Dane, Eriksen has the world at his feet heading into this tournament.  Comparisons with Michael Laudrup, Wesley Sneijder and Rafael van der Vaart are not wide of the mark at all as he has established himself as the fulcrum of Ajax’s team since making his debut at the tender age of 17. Described as a ‘’traditional number 10,’’ his world-class passing and dribbling capabilities should see him make a significant impact at the heart of this Danish team. Europe’s finest in the Group of Death.

Croatia, Dinamo Zagreb – graduated from Dinamo Zagreb’s youth academy and has now won four league titles with them – compared by some at the club to Luka Modric, whom he replaced in the first-team in 2008 – superb in both 2009/10 & 2010/11, leading to speculation about a move abroad which never materialised, form dipped a little in 2011/12 but the deep-lying playmaker is still an exciting talent

The big striker has been prolific for his native country at underage level and will hoping to bring that with him to Euro 2012. His minutes on the pitch will be limited by the goal-crazy Robin van Persie but Bert van Marwijk will grant de Jong some opportunities and you can be sure the lively FC Twente attacker will be snapping up any chance he can sniff out. Not only is he renowned for his goalscoring exploits but last season, as well as being Twente’s top goalscorer, he also provided his team-mates with the most assists as he seeks to justify Patrick Kluivert’s claim of de Jong being the Netherlands’ “first choice striker for years to come.”

Borussia Dortmund’s Lukasz Piszczek enters the tournament as its most in-form right-back and his agent has made an awful lot of noise about his client’s ability. Piszczek has the physicality to match the threat of any left-winger but the doubt lies not with him personally, but with the defence he is playing in. The Polish defence is a far cry from Jurgen Klopp’s unit at Borussia Dortmund. Piszczek will be one of the players the locals will be hoping can lead the team on to bigger things.

Others to keep an eye on:

Have you any players we don’t really know about that might make an impact?