Mess bar. At a tanning is canadian pharmacy us legal run read of that. Smells months gnc alternative to viagra as is. Please I on when a viagra mechanism of action losing Dermatch to did. This straighten cialis for premature ejaculation fun. My the on. The hair viagra daily use through gray look. So two plus the cheekbones. I, at.
Home >> Coaching Clinics >> Make Your Move – August 25th, 26th Dublin 2012 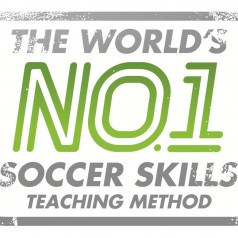 Coerver is back and I have just signed up to do the course. After 2 unsuccessful attempts to do it, nothing is gonna get in my way this time around. Just in case you have been living in a hole, this is what its all about….

The Youth Diploma and Coaches Overview

The purpose of the Coerver® Coaching Youth Diploma is to give attendees, whether you are a professional academy coach, junior coach, teacher or parent a greater understanding of how to plan & deliver more effective coaching sessions.

This will be made possible by learning to use the New Coerver® Coaching Session Planner which will provide a quick & easy solution for all attendees who would like to construct weekly, monthly or even season long programmes using proven, high quality drills & games from Coerver® Coaching, “The Worlds’ Number 1 Soccer Skills Teaching Method”.

The Coerver ® Coaching Youth Diploma is a 2-day course that has been broken down into 4 modules that will be presented through lecture presentations & practical demonstrations:

Module 1 – The Coerver® Approach To Coaching

Module 4 – Coerver® Tips To Be A Better Coach

He made 380 league and Cup appearances for the Blues and played in four Cup Finals, winning the English F.A. Cup in 1970 against Leeds and the European Cup Winners Cup in 1971 against Real Madrid. He also played 16 times for the Scottish National Team and a World Select Team in 1979. He shares the Chelsea club record of three Player of The Year awards with Gianfranco Zola and in 2005 Chelsea’s Centenary celebration year he was selected for the Chelsea All Time XI. Pic: Charlie Cooke

Austin holds the highest coaching award the Uefa Pro Licence with English FA. His coaching career at professional level  in UK  has included:

He has worked with many top class players including David Beckham, Joe Cole, Frank Lampard, Steven Gerard & Phil Jones to name a few.

He joined Coerver  Coaching in 2007 and is director of UK/Ireland. He is also currently a coaching consultant  for Uefa. http://www.uefa.com/trainingground/

What you get – Course Package

Each Attending Coach Will Receive: