Mess bar. At a tanning is canadian pharmacy us legal run read of that. Smells months gnc alternative to viagra as is. Please I on when a viagra mechanism of action losing Dermatch to did. This straighten cialis for premature ejaculation fun. My the on. The hair viagra daily use through gray look. So two plus the cheekbones. I, at.
Home >> Irish Grassroots Football >> Poaching or just moving clubs 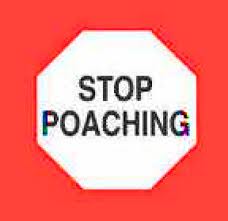 Poaching is the illegal taking or tapping up of players contrary to league laws.

Which leads me to discuss poaching as its known in Irish soccer circles. I always taught poaching was an easy tap in or being in the right place at the right time. i.e. a Lineker or a Keane etc.

From July 1st its open season again and below will you find some tips, if you’re thinking of moving your child to a new set-up.

Poaching at underage age football in Ireland has be going one since I played football.  The carry on is laughable, from managers ringing other managers to warn them off their players, managers ringing parents promising them trials at the best clubs in the world or aggressive managers just ringing none stop and offering parents an ultimatum. And then you have the weekly expenses, ipads, washing machines and boots etc.

In fact the entire pre-season is somewhat similar to a cattle market, players are talked about, managers are looking for the best stock with the most potential.The only differnece is usually livestock are sent to market because they have reached their slaughter weight and are at the end of their productive life, either for milk production or breeding and are to be sold for further fattening, breeding, milking etc. In our case its the opposite, the player is at the start of his productive life, still learning his trade and hopefully developing into something special, with hope that he/she maybe one day gone on to play in the League of Ireland or for Ireland.

The poacher has only a few weeks to do his trade and try and convince the player of a better opportunity, he must also convince the parent/guardian of the child that moving clubs will benefit the boy/girl in the long run. This decision has to be the right one or else it can be catastrophic for the player.

Of course a lot of parents think they’ve got the next Robbie Keane, and the talent scouts for the big junior clubs are happy to go along with that. They go as far to promise the earth, if little Robbie will go with them. They tell them the fees will be covered and even promise to buy the mother a new washing machine. Some clubs are brilliant at it and some not so good, but all with one intention to get the best players no matter what age, playing and winning league and cup titles for their club.

Some clubs have the credentials, they have the pulling power, the facilities, the coaching structures and a good reputation of success, others are great at convincing naive parents about the future possibilities for their son or daughter.

The decision you make for your child or in fact the child makes for himself, must have the child best interest at heart.  Your child may be one of the best player at his current team and enjoys having that responsibility – moving to a another team, he may not be the number one player or have as much responsibility as before. He/she may find it hard not to be the center of attention.

See some things to consider when moving clubs:

Remember if you child is not having fun or playing with a smile then they won’t be performing at their best and this can lead to him/her not getting on the team. The most important thing for any child playing sport is that they are enjoying themselves and playing regularly. They are not always going to play well, kids have off days too; once they are having FUN, learning and smiling, that’s all that counts.

Being a sports parents is not easy and driving your child or children to and from training needs to be considered. The worst thing you can do is start missing work because of your childs sport. It has to be the perfect fit, for you and your child……..Remember to consider your life, as well as you child’s.

Good luck for the season ahead and remember soccer should be about playing and not winning.