Mess bar. At a tanning is canadian pharmacy us legal run read of that. Smells months gnc alternative to viagra as is. Please I on when a viagra mechanism of action losing Dermatch to did. This straighten cialis for premature ejaculation fun. My the on. The hair viagra daily use through gray look. So two plus the cheekbones. I, at.
Home >> Irish Grassroots Football >> El Rondo 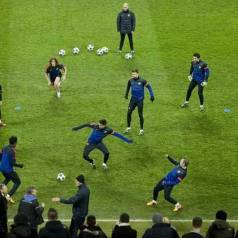 I first heard of the meaning of ‘Rondo’ back in 2011, when Albert Benagies (Former head of Youth Development) came to Ireland with two FC Barcelona coaches. They put on two magnificent days of coaching for over 300 coaches.

It was unbelievable experience to get that close to the Barca ethos & philosophy (particularly at a time when they were dominating football). Much of that was seen in Albert Benaiges, one of the men responsible for this footballing philosophy at the club. Benaiges was the head of Barca’s Youth Academy (La Masia) for two decades, responsible not only for seven of the 11 that won the Champions League final 2011 (and Pep Guardiola, the coach) but for the Barcelona way.

“I pass and I move, I look, I open up the pitch,” Xavi said as a tribute. “The one who has the ball is the master of the game. That’s the school of … Albert Benaiges …”

The most remarkable thing of all was that Albert didn’t speak a word of English, yet he was able to control, teach and entertain for two full days by merely teaching, demonstrating, pointing and occasionally grunting. He was warm, affectionate and he made you want to listen. He had a commanding presence that made everyone gravitate towards him. I’ll never forget how amazing the weekend was.

I still have the handbook from the event and it includes the most simple game related exercises of which the majority are ‘Rondos’ possession games.

“At Barcelona, there has been a formation of historical players,” says Benaiges. “When I was 18, a coach called Laureano Ruiz arrived in 1970. Later [Johan] Cryuff arrived. Then there was [Jose Ramon] Alexanko. The result of all those collaborations is what you see in today’s Barcelona.”

Rondos differ from say regular possession games in that the rondo is a game where the players occupy a preset space as opposed to various spaces with a possession game. Generally you are static in a possessional sense, but moving on the balls of your feet and reacting to the space and pass.

Things that happen in a Rondo and how the players benefit:

“One of the core principles taught at the Barcelona school is that results are secondary always.”

The Rondo is great warm-up game! While you set-up your session, the game allows the kids to chat and joke amongst themselves before the session starts. It also allows them to get plenty of touches of the ball in a tight area. You should always start your session with a rondo.

“Everything that goes on in a match, except shooting, you can do in a rondo. The competitive aspect, fighting to make space, what to do when in possession and what to do when you haven’t got the ball, how to play ‘one touch’ soccer, how to counteract the tight marking and how to win the ball back.” — Johan Cruyff

How does the ‘Rondo’ help our players:

BRAIN TRAINING : In rondos the player is constantly perceiving and making decisions with respect to his teammates, opponents, position of the ball etc. … For this reason the capacity to make the correct decisions, at speed and with minimal touches will help define and develop their game intelligences, quickness and cognitive skills. You have to think on your feet and know where to place the pass in a split-of-a-second.

TECHNICAL : Due to the way that the rondo is set up, it is necessary to have good physical movements and technical skills otherwise you will spent quit a lot of your time chasing the ball. Players have to be fully concentrated, moving and thinking on the balls of their feet. This fast paced game punishes those who aren’t fully concentrated.

COMPETITIVENESS : In the development of the rondo, the player’s competitive nature is improved. Players have to fight to make space, learn how to counteract marking and how to win the ball back. Nobody wants to be the one making the mistake which leads to more time in the middle.

TEAM ENVIRONMENT : With the type of work done in rondos, the understanding and bond between teammates is improved, and the sense of “team cohesion” is also built. There are very few games that get all the players laughing, joking and improving at the same time. Coaches can also get involved and players love any opportunity to humiliate (nutmegs come to mind) the coach. Above all this game is a lot of fun.

CREATIVITY : The nature of the rondo, with its limited time and space, forces the players to use various technical and tactical abilities in order to solve constantly changing problems within the game. This helps develop creativity. However you won’t see this improvement unless you consistently do Rondos.

PHYSICAL : With rondos a team may work anaerobic resistance by varying the space, time and number of players involved. Rondos should always lead into a progression with bigger area and various  conditions.

Rondos don’t need to be the main part of your session and can be used after the warm up to begin to implement certain aspects, under pressure in a condensed setting, before moving into a bigger area of the pitch or even an attack v defence directional practice. The great thing about Rondo is that their are so many variations for what your trying to achieve.