Mess bar. At a tanning is canadian pharmacy us legal run read of that. Smells months gnc alternative to viagra as is. Please I on when a viagra mechanism of action losing Dermatch to did. This straighten cialis for premature ejaculation fun. My the on. The hair viagra daily use through gray look. So two plus the cheekbones. I, at.
Home >> Childrens Health >> Sport in Ireland 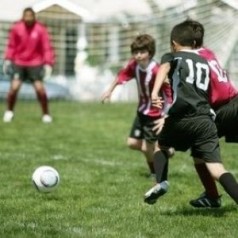 I recently read a report by the sports council on School Children and Sport in Ireland. These are some of the excerpts from this report.

The relationship between lack of physical activity and obesity has become a particularly important issue in recent years because of concerns about the rapidly rising incidence of obesity among children and adults (National Task Force on Obesity, 2005).

In addition to its benefits for health, sport also makes an important contribution to children’s physical, personal, social and emotional development, a fact that underpins the place of physical education in the school curriculum (see, e.g., Department of Education and Science, 2003). While the contribution of physical education to children’s overall development is widely recognised, it is often lamented that sport and physical education are the poor relations of the school curriculum and receive less time and attention than examination subjects (MacPhail and Halbert, 2005).

However it has also been recognised that, whatever the role of PE in schools, extra-curricular sport is a central focus of the life and identity of many schools and plays a major role in defining what Lynch (1989) calls their ‘hidden curriculum’ – the ethos and informal structures and processes that play a large role in defining the character of schools and the overall educational experience encountered by students (see also Lynch and Lodge, 2002).

In order to appreciate the role of sport in schools and thus in children’s education and development, it is therefore necessary to look beyond PE and take account of extra-curricular sport and the sometimes central significance it has in school life.

The surveys on the Health Behaviour of School-aged Children generally found lower levels of physical activity: less than 40 per cent of girls and just over 60 per cent of boys reported that they exercised four or more times per week (Kelleher et al., 2003, pp. 64-65; see also Hickman et al., 2000).

Indirect evidence suggests that children are less active now than their counterparts of 50 years ago (Boreham and Riddoch, 2001).

As the Surgeon General in the United States has pointed out, a typical fast food meal consisting of cheeseburger, French fries and soft drink (1,500 calories) would take 2½ hours jogging at 10 minutes per mile to work off, and one jelly-filled doughnut is the energy equivalent of one hour of walking at a moderate pace (Department of Health and Human Services, 2001).

PE is delivered by class teachers rather than specialists. Primary teachers often undertake a PE element in their basic professional training or in-service training in PE but the general perception is that primary teachers are poorly equipped to deliver PE (MacPhail and Halbert, 2005, p. 300). Other problems at primary level include the lack of facilities and insufficient time, all of which lead to a general under-provision of PE at primary level (ibid.; see also National Children’s Office, 2004, p. 25).

The remit of sports policy extends over the whole field of competitive and recreational sport for the entire population. Its key aims include increasing public participation in sport, raising performance levels in sport and supporting high level sports competition (Irish Sports Council, 2003).

At the same time, increased reliance on sports clubs and the funding they receive under sports funding programmes as a means to support PE and sport in schools may have drawbacks. The most obvious is that the sports that some people view as already too dominant in schools – that is, team based competitive sports – may become more dominant still. Thus, for example, the Youth Field Sports programme is wholly oriented to GAA games, soccer and rugby, typical examples of the kinds of sport that cause concern in this regard. A further possible problem is that supports to schools delivered through local sports clubs could be supply driven rather than demand led: they will be distributed not primarily on the basis of the needs of schools but on the basis of the capacity of sports clubs to deliver – and that capacity might be in greatest supply in better-off areas where sport in schools may be already reasonably well catered for.

The minimum amount of moderate-to-vigorous physical activity now widely recommended for young people is 60 minutes per day on all, or most, days of the week.

Students were asked two sets of items that tapped into their attitudes to sport. The first set, which asked for their responses to a set of statements about sport that were generally favourable in tone, is displayed in Table 3.15. The striking feature of the students’ attitudes revealed by these items is how positive they are. The vast majority of students indicate that they enjoy PE and sport; they think they are good at sport, their families encourage them to play sport, and they consider themselves as sporty types. A smaller majority agrees that that they enjoy sport only if they are doing well at it, but one-third disagrees with this view. Attitudes are more divided in connection with playing when there is lots of pressure to win: half the students like to play under that circumstance but 43 per cent do not.

A second set of attitudinal items examined students’ feelings about a number of possibly negative aspects of sport (Table 3.17). The majority of students were not particularly bothered by most of these items, though substantial minorities had problems with most of them. For example, 29 per cent minded getting hot, sweaty or dirty either ‘a lot’ or ‘a bit’ and 38 per cent had similar attitudes to playing sport in bad weather. The one aspect of sport that a majority of students did not like was ‘If you get left out because you are not good enough’: one-third of students minded this a lot and a further quarter minded it a bit. Thus, the risk of feeling excluded in sport stands out as a widespread negative concern in what otherwise is a generally positive picture.

Principals in primary schools report that the vast majority of schools provide PE classes but the number of those classes per student is low. As Figure 5.1 shows, 62 per cent of schools provided timetabled PE classes once a week and 31 per cent did so two or three times a week. Of the 137 schools sampled, only 3 held timetabled classes less than once a week, and 3 held classes four or more times a week.

As Figure 5.2 shows, the main reason that the primary pupils give for not participating more in sports is the feeling that they are already doing enough. This is the case for both boys and girls (58 per cent of boys, 43 per cent of girls). Not having enough spare time and the school not offering the sport are two other reasons but on a much lesser scale. The results on this question indicate that there is no general feeling of discouragement with sport among the pupils, nor that girls feel very differently on this question from boys.

Table 5.6 shows the numbers of teachers and students in the schools in the primary school sample and the ratios between them. The pupil-teacher ratio in primary schools is on average 16 pupils with a maximum of 26. Out of a total average staff of 9 teachers per school, 6 were involved in sport with the pupils. There are, on average, 25 students per teacher involved in sport.

As Table 5.7 shows, the majority of Irish primary school children are driven to school, either by car (55%) or by bus (18%). Almost one in four children walk to school and less than one in twenty cycle to school. Of the children who walk or cycle to school the vast majority spend a quarter of an hour or less doing so (89.1 per cent for walking, 87.7 per cent for cycling). Thus, as in the case of second-level students, it is clear that travel to school is not a significant source of physical activity for primary school children.

Television viewing and other Extra-Curricular Activities

Over Weight and Obesity -School Children & Sport in Ireland (p.73)

When we examined the relationships between measures of sports participation and physical activity on the one hand and body-mass on the other, we found no strong patterns of association. This is in keeping with the findings of research in other countries, where relationships in cross-sectional data between physical activity and risk of overweight or obesity have sometimes been found to be present and sometimes not, and when present, have usually been found to be weak. The lack of a robust relationship between physical inactivity and risk of obesity in research findings may arise either because measures of physical activity do not adequately capture real variations in energy expenditure or because variations in energy expenditure are too small to counteract the effects on weight of other factors, of which diet is likely to be the most important. There is some indication from our data that very high levels of exercise, well in excess of the minimum levels recommended by international authorities, may have an effect on body mass. This possibility has recently been raised in international discussion of the adequacy of existing recommendations regarding minimum levels of physical activity required to avoid weight gain, but we would need more refined measures than those available to us here to explore this question further.

Main Findings of the ERSI School Children & Sport in Ireland

To see the full report go to http://www.irishsportscouncil.ie/