Mess bar. At a tanning is canadian pharmacy us legal run read of that. Smells months gnc alternative to viagra as is. Please I on when a viagra mechanism of action losing Dermatch to did. This straighten cialis for premature ejaculation fun. My the on. The hair viagra daily use through gray look. So two plus the cheekbones. I, at.
Home >> Coaching >> Come see for yourself

Come see for yourself 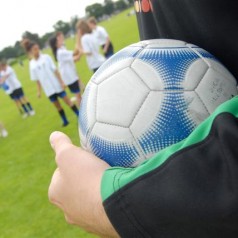 Next Saturday and Sunday 13/14th August, The Beautiful Game is hosting a Football Festival to give teams a taster of the non-league playing formats as recommended by Horst Wein in his YOUTH FOOTBALL DEVELOPMENT MODEL.

The event to be held in Portmarnock AFC at Paddy’s Hill (which is very near the PSLC where the seminar was held). Kick off times will be staggered but start at 10.30am and later matches will run to about 4.30pm.

You are invited to bring your team if applicable to play on either day, and once teams are confirmed The Beautiful game will design a schedule for the games.  The format is not a tournament, but a friendly, more details will be forthcoming early next week.

The age-appropriate game formats are as follows:

If you want to get involved contact the Dermot Dalton