Mess bar. At a tanning is canadian pharmacy us legal run read of that. Smells months gnc alternative to viagra as is. Please I on when a viagra mechanism of action losing Dermatch to did. This straighten cialis for premature ejaculation fun. My the on. The hair viagra daily use through gray look. So two plus the cheekbones. I, at.
Home >> Irish Grassroots Football >> Stick at it!! Is a great life lesson to teach any kid

Stick at it!! Is a great life lesson to teach any kid 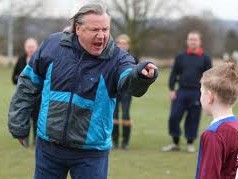 I receive emails and messages from parents and coaches all the time and I’m always delighted to receive them because I know how much effort it takes for people to write them and then hit the send button.

I got one this morning after a mother had read the Please Don’t Quit post. Her son was being harshly treated and not getting a fair chance to play.

Good morning,
I just read the article on don’t Quit, I just want to say it’s very good. We have been through a really hard time with our 10yr old son who was playing with a well known club since he was in their academy. In his last year his manager treated him horrendously, constantly picking on him & two other boy’s.

Refusing to play them, leaving them standing in the cold, telling them they were not as good as other players, not fit enough for a full game etc etc.. They we’re all equally as good as each other the seven player’s on the team including the manager’s son played every minute of every game. I could go on all day with a list of thing’s!

The effect that the bullying had on our son was horrible, he was very sick & very self conscious he wasn’t eating for us or interacting with family or friends. It really was an awful time for everyone.

We did go to the club & to the child welfare officer about the situation & he was well aware of what the manager was like as he had a reputation for it and had done the same to a lot of kid’s and  moved them on.

They tried their best to get rid of him from the club, they had a committee meeting and he was saved by two votes. Which was an absolute joke, they knew the kid’s were been bullied so he should have been removed from the club.

We had to wait until the end of the season to move our son and we did, he’s now playing for another well know club and he’s absolutely striving. He is like a completely different child, oozing with confidence again and getting plenty of playing time with his new team mate’s!!

His school teacher called us a couple of weeks ago and asked us if we had done something different with him, as he was like a new child. We explained what had happened and that we moved him to a new club, she said it was like a puzzle coming together all his school work had improved.

The bullying had a really bad effect on him and everything was suffering because of it. Moving him was the best move we ever made, we had thought about taking him out all together but he’s so happy again. I think it has made him a stronger person and he knows himself what went on and realises that he stayed strong, fought through it and didn’t let it knock him back.

I can’t fit everything into this email as there is so much….

But I definitely don’t think there is not enough awareness about bullying in schoolboy football, it could have been a lot worse for our son but we saw the signs early & got help as quick as we could.
He still talks about it every now & then I don’t think it will ever leave him, but like I said I hope it makes him a stronger person.

I hope you don’t mind me sending this to you!

A Mother and Sideline Supporter