Mess bar. At a tanning is canadian pharmacy us legal run read of that. Smells months gnc alternative to viagra as is. Please I on when a viagra mechanism of action losing Dermatch to did. This straighten cialis for premature ejaculation fun. My the on. The hair viagra daily use through gray look. So two plus the cheekbones. I, at.
Home >> Futsal >> Dublin Futsal Academy Launches This Week

Posted by The Coach Diary in Futsal | 0 comments 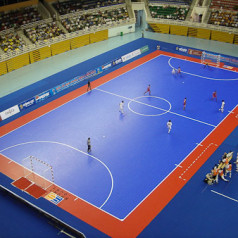 We are delighted to announce that the official launch of the Dublin Futsal Academy will take place on Friday 23rd January at IT Blanchardstown to coincide with its first training camp with guests from the Manchester Futsal Academy. The Friday night session will be from 6pm to 9.30p.m and will include an introduction to our guest coaches, an understanding of Futsal plus a question and answer session.

The Saturday session takes place in Corduff Sports Complex from 1pm to 5pm (we know children may run late if they have games that morning). We are limiting places for this first camp so book early to guarantee a place.

The price for the weekend camp is €40 per child.

This will be the first in a number of new initiatives that the Dublin Futsal Academy will be introducing during the year and we had made contact with a number of other international academies which we will be working with.

Alan Doyle & Mick Noonan went over to the UK to visit a number of clubs and got access to training sessions and spoke with academy directors on how to improve the chances of Irish boys in getting a trial/contract with a pro club in the UK or Europe. (They have met and formed relationships with a number of premiership and championship clubs). All these clubs were very helpful and have welcomed us back in the future. The constant mantra was that Irish kids don’t get enough ‘contact time’ with a ball. The average 12yr old boy at an academy in the UK will be getting at least 12 hours a week football which is 4 times as much as an Irish boy. They also do homework every-week and have assessments every month.

From this research week in the UK we learned that we need to up the amount of contact time with the ball in Ireland. We sat down and decided that through Futsal this can be achieved. Using BOTH LEFT AND RIGHT FOOT and perfecting the basics of receiving and passing the ball along with mastering tricks and techniques that will help you get out of tight situations along with over 75% contact time.

Following on from this we went over to the English FA’s – A Catalyst for Change. A 2 day Futsal seminar held in the beautiful St Georges Park, the English FA’s headquarters. They are pushing Futsal to all the grass roots clubs. Over the weekend they had Futsal displays on their state of the art Futsal pitch and included talks by ex players both club and international English and European players along with the Spanish manager who won the Futsal World Cup. Over 200 people attended the Futsal conference over the weekend with us being the only two representatives from Ireland.

As a result of our trip the UK Futsal academy have requested to play an Irish u12 team and u14 team. The Manchester Futsal coming over to Dublin this week to run a week-end seminar. They have also invited our club over to a 4 Nations tournament in Manchester in August this year. The English FA helping out also with coach education. This is only the start of what we are hoping will be a major change in Irish Schoolboy football development.

As you are aware we having been piloting the Futsal Academy over the past number of weeks and we are delighted with the positive feed-back and interest that it has raised. Futsal is about teaching your child new skills and confidence that they can also utilise in the more competitive 11 a side leagues. The surface, ball and rules create an emphasis on;

These are some of the skills that are sadly being lost in the grass game. The combination of small working groups and qualified coaches will offer your child to develop their skills in a friendly environment. We have attached a link which outlines a comprehensive booklet of the benefits of Futsal released by the FA and includes a list of the world’s top professionals who have progressed through Futsal.

We are not competing against your DDSL, SDFL OR NDSL teams, what we are offering are additional ball time and an opportunity to develop new skills that will supplement your child’s game development. Places are strictly limited as we are focusing on the quality of the time that our coaches can give the children. We have included an itinerary for the week-end along with a brief resume of the coaches.

This is the promo video from the recent Euro 2014 Championships

If you require further information please contact Alan at dublinfutalacademy@gmail.com or 085 2271799