Mess bar. At a tanning is canadian pharmacy us legal run read of that. Smells months gnc alternative to viagra as is. Please I on when a viagra mechanism of action losing Dermatch to did. This straighten cialis for premature ejaculation fun. My the on. The hair viagra daily use through gray look. So two plus the cheekbones. I, at.
Home >> Irish Grassroots Football >> “Achievement by Proxy” 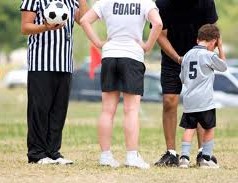 There is condition in the US called “Achievement by Proxy” that adults living vicariously through the success of their children. It’s natural to want the best for your children — and to take pride and pleasure in their successes. Sometimes, though, a parent’s involvement in a child’s activities goes too far.

Ian Tofler is a child Psychiatrist Louisiana State University and the Children’s Hospital of New Orleans and say, Example: Tolerating a verbally abusive if the coach can help the child “win”… pushing a child in one direction, even if he/she has strong interests elsewhere.

Even children who seem to be thriving may be caught in the trap – feeling that winning is the only ticket to parental love. A parent who makes a child’s success essential for his/her own happiness will always be disappointed. Achievement is a mountain without a top – one can always do better. Parents may not recognize the damage done to the child. There is a fine line between giving your children a boost and undermining their needs. Parents should beware of what Ian Tofler and his colleagues call Achieve by Proxy Distortion (ABPD)

“ABPD occurs when a parent goes well beyond encouraging his child’s efforts and continuously pushes him to perform better.  ABPD Parents become fixated on the renowned, career advancement and financial rewards they think a child’s success will bring. If your child’s athletic, theatrical or academic gifts become the end that justifies the means, you may be flirting with ABPD. Tell tale signs…”

Risky sacrifice – making major life changes to promote a child’s success, such as relocating to be near facilities or taking on second and even third jobs to pay for private lessons. Such moves put enormous pressure on a child. He/she may feel he “owes” it to his parents to make his own sacrifices, such as giving up other interests or friendships that detract from the goal.

Objectification – parents come to see the child as an achieving machine. The child becomes increasingly defined by the one thing he does well.

Potential for abuse – turning a blind eye to risky situations, such as when a coach enforces strict weight limits or intrudes on others’ personal space while chaperoning children. The parents’ need to see the child succeed eclipses the child’s welfare.

Ask yourself: Am I, my spouse or the coach focusing on my child’s achievements rather than his efforts? Is my child enjoying the activity… or just doing it to please me?

Be on your child’s side – Psychiatrist Studies

Parents need to offer their children a childhood – not early entry into the rat race. With parents’ guidance, children can learn to enjoy the process of what they do – not only the trophies.

Guidelines for a healthy perspective on your child’s achievements…Be realistic about your child’s talents. Telling an average student he is brilliant does no one any good. Worse, it sets your child up for shame and failure.

In the real world, some people perform better than others. You cannot protect your child from this reality. But you can nurture his abilities and help him achieve at his own optimal level with realistic and not overinflated — self-esteem.

If you believe your child has unusual gifts, get an objective evaluation by an appropriate professional who would have nothing to gain from the result.

This will help you…

A child should be encouraged to experience many activities both before and after he is labelled as a high achiever with aptitude in any one area. Children develop skills at different rates. A child under age 10 who seems advanced may simply have gotten out of the gate faster and might not necessarily achieve more over time.

Acknowledge your child’s unique needs and goals. Your child is not an extension of you. Keep your identification with your child within normal bounds.

Example: Sounds crazy, A father who was perennially picked last for games as a child may still be angry and insecure. He may want his child to “avenge” his own sense of failure by becoming a top athlete, whether the child has athletic talent or not.

Express interest in all of your child’s activities. If your daughter, a budding actress, decides to join the basketball team, support her efforts by attending her games just as you would a show in which she was performing.

Examples: It may be important socially for your child to attend a friend’s birthday party even if it means missing a game. If your son, a runner, gets a stress fracture, insist that he stop training in order to heal and overrule the wishes of a coach focused on an upcoming competition.

Example: Saying that your 10-year-old chose to stay up studying until 3 am is renouncing your responsibility.

Kids need to be left alone to be kids and at the early ages should be able to play any sport they like unless they wish to stick at just one and let that be their decision. If some kids discover on their own that they have extraordinary skill in one sport and want to dedicate themselves to reaching a top level, so be it. But for most, the million-euro contracts won’t come and we need to be realistic about this!