Mess bar. At a tanning is canadian pharmacy us legal run read of that. Smells months gnc alternative to viagra as is. Please I on when a viagra mechanism of action losing Dermatch to did. This straighten cialis for premature ejaculation fun. My the on. The hair viagra daily use through gray look. So two plus the cheekbones. I, at.
Home >> The Coach Diary >> Dog dirt on our pitches is causing a mess..

Dog dirt on our pitches is causing a mess.. 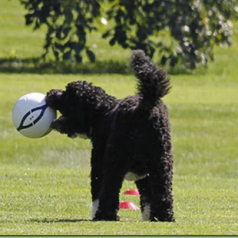 I know is not a subject related to what I usually post, but I find myself getting increasingly annoyed by the amount of dog dirt on our pitches. I’m sick of having to move a session after setting it up, due to dog dirt. As far as i’m concerned Dog owners have no consideration for the kids that play sport on green fields and even more now that alot of pitches aren’t lined. But this is no excuse as most bring their dogs to the same locations every week.

Here are the top 5 things you should know:

In America and Canada scientist are investigating ways to get a useful end product from dog waste, be it fertilizer or energy, a much better option than landfill. As one learned journalist said “If you think stepping in it is bad, try drinking it!”  Makes you think doesn’t it.

Get informed about your dogs mess..

I think if dog owners were better informed they would think twice about leaving dog dirt in areas where kids play. Local councils and club should be doing more, I plan to put up my own signs and hand out notices at our pitches to inform dog owners.

This is an article about a toddler who feel on dog dirt and then wiped her eye with the mess. The young girl is better now, but she still has to have antibiotics even now because her eye still flares up! She could still be on them for the rest of her life and, if left untreated, could still lose her eye.. http://www.bbc.co.uk/news/uk-england-manchester-11012044

From news.discovery.com: Mexican Internet portal Terra is tapping into the online pulse of the modern era and has come up with a truly contemporary way to inspire dog owners to get out their plastics bags.

The company has teamed up with ad agency DDB to create a pilot program in 10 parks in Mexico City and it definitely gets my seal of approval. After pet owners pick up their dog’s turds, they can place the bag in a special box that calculates its weight in exchange for a few minutes of free Wi-Fi.  Welcome to 21st Century.

Of course, that didn’t stop park habitués from dropping bags of garbage in the box to claim their free Wi-Fi, but DDB said they didn’t mind. In their opinion, if people want to pick up trash — so be it — that just means a cleaner park.

We urge you to PLEASE worm your dogs and pick up after them. Its totally unfair on kids and the coaches you volunteer there time to have to put up with this mess!