Mess bar. At a tanning is canadian pharmacy us legal run read of that. Smells months gnc alternative to viagra as is. Please I on when a viagra mechanism of action losing Dermatch to did. This straighten cialis for premature ejaculation fun. My the on. The hair viagra daily use through gray look. So two plus the cheekbones. I, at.
Home >> Irish Grassroots Football >> New Campaign – Are you ready?

New Campaign – Are you ready? 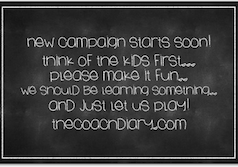 With only a month to go before a another season starts, I’m sure you have already experienced the joys of new players arriving and the disappointment of ones leaving. For those at the top level of kids football this time of year can be a very stressful one. Already I have heard of some great coaches who have left the game over the madness that sometimes consume this recreational sport.

They must want to play!

For any parents reading this who may be thinking of putting your child into the game. My advice would be, only put your child into sport if it’s something they want. This way they will have a great experience playing sport but they must want to be there. I see so many young kids forced into sport when most would rather be out the back playing or swinging out of the monkey bars. Unless your child has asked, – keep them away from organised sport until they are at least age 7 or begging to go. If you really want to get them moving bring them down to the park, bring them swimming, cycling or even join a gymnastics club but before you bring them, ask them which sport they want to play?

We know the number one reason kids play sports is to have fun but the number 1 reason they leave is because they’re not having fun.

Be open, be honest.

It does frustrates me when I hear so many kids moving from club to club, being promised this and that or just chasing the dream. Out of respect the player should always go to his/her current coach and let him/her know that they would like to try-out with other teams. By communicating this message, the current coach might be able to guide him/her. If you are already playing football with a team in the top division for instance; why move to one of the other top teams. If you’re doing your best and enjoying the coaching, why move? One thing players can control is their effort, how hard they try. Getting better is within their control. Regardless if the player likes the coach, or he/she think he’s not improving them. The player can still work with 100% concentration, you can still execute everything in the best possible way.

The grass is always greener where you water it. So, instead of running around different clubs for no apparent reason, stay at your current one and work even harder. In order to improve on last years season you must be prepared to go to a level you haven’t been before. The only way to do that is to work even harder. If a player isn’t getting into a team, he/she can still be working hard for their chance and when they get that chance be ready to take it! Moving to a new team is not easy; there are many valid reasons not to move.

What To Look Out For

You might be taking you child to a sports club for the first time or maybe he/she has asked to move teams or maybe you have decided they need to move to get improve and be challenged. What ever the reason here are a few tips to make sure you do the right thing for your child. The decision you make for your child or in fact the child makes for himself, must have the child best interest at heart.

Your child may be one of the best player at his current team and enjoys having that label – moving to a another team, he/she may not be the number one player or have as much responsibility as before. He/she may find it hard not to be the center of attention anymore and they must be prepared for this change.

Take a look at these interesting Stats:

On average 50 kids go to England every year;
18 sign contracts;
94% who are good enough to get deals with an English club, don’t get as far as a second contract;
75% come home and never play at League of Ireland level;
Liverpool Academy stated: 98% of players who are taken in by the English academy fall out by the time they are 18;
Only 0.021% of u21’s players currently playing in the Barclays u12 league will make it to the premier league.

That’s how hard it is to make as a professional footballer, it’s unlikely your child will ever reach that level. Year on year less and less Irish kids make it the English game. Let’s look at some of the things you need to be aware of:

“We look at wins and losses, and fail to search for happy faces, and proper developmental environments”

Volunteer coaches should have access to training that educates them on child abuse prevention (Welfare course are now available and mandatory), the psychology of coaching in youth sports, working with parents, fitness, nutrition/hydration and safety/first aid, as well as some sport specific training. All this stuff is much more important than teaching the technical and tactical aspects of the game. I would define a great coach on being a great leader and one who’s aim is to improve each and every player both technically and mentally.

“Children who are given control over their sport experience are more likely to enjoy the game more and stay playing for longer. They’re also found to embrace the process more rather than focus on the result.  It can also allow them to focus longer on improving and develop an interest outside of training, where they will take upon themselves to work harder and get better (More success). This way children learn to value it because the game belongs to them not you”

Don’t always pick and choose our kids’ sports team/club because it is the winning one; has the winning coach; the defending champions; and then assume that because of all the wins everything else just happens. Your child will still need to adapt and settling in can be the biggest issue of all. According to Dan Gould at the Michigan State University Institute for the Study of Youth Sports:

Children do not want you to shout at them, shout at the coach, the officials or the opposition.  They don’t want you to put too much pressure on them, or be overly critical.  They want the game to be theirs and all they want from you is to enjoy watching them play. So, If you find yourself saying “we scored 3 goals today” or “lost by two points” chances are you have not released your child to his/her game and you are still very much in control of it.

Time to back off and let the game belong to them. Your role is to encourage and praise or best of all just observe and let your child have their own sports experience. It’s about the kids, so let them get instruction from the coach and refrain from giving your opinion about how they played, unless of course it’s going to be positive.

There are so many uncertainties in the world, as parents we have to do our best to keep our children safe and sports is no different. Knowing that a child is being coached by someone that received training in first aid, has done a child welfare course, coaches in a safe environment, can bring great peace of mind to a parent. Once you have a sense that your child is in safe hands, allow them to grow into their sporting experience. This is the best thing you can do for your child.

I know all parents are interested in giving their child the best sports experience, no parent or coach ever goes out with the intention to ruin it but as we know so many do.

Anyway, I hope this post helps parents, coaches and players make the best decision for the benefit of the child!

Enjoy the experience and make it a positive one!!

One for your Diary:

The Parent’s Guide to Raising Happy, High Performing Athletes, and Giving Youth Sports Back to our Kids

This 90 minute talk is for parents and coaches who’s children are involved with Youth Sport. Early Bird: €22.50 (first 60pax to book will get a copy of John’s book)

Bio:
John O’Sullivan is the author of the bestselling book Changing the Game: The Parent’s Guide to Raising Happy, High-Performing Athletes and Giving Youth Sports Back to Our Kids.

He is the Founder of the Changing the Game Project, and his writing has been featured in the Huffington Post, Soccer America, and The Soccer Wire. John is also a nationally known speaker and coaching educator, working with schools and youth sports organizations, as well as speaking at TEDx Bend in 2014. He teaches parents and coaches how to create a player-centered youth sports environment, be better leader for our children, and create model youth sports organizations that put our players first.

John spent nearly three decades as a soccer player and coach at the youth, college and professional level, most recently as the Central Oregon Regional Training Center Director for the Portland Timbers of Major League Soccer. He holds a USSF A License, USYS National Youth License, and NSCAA Advanced National Diploma. He is a 1994 graduate of Fordham University and received his Masters degree from the University of Vermont in 2003. He currently resides in Bend, Oregon where the majority of his coaching duties consist of working with his 8 year old daughter Maggie and 7 year old son Tiernan.