Mess bar. At a tanning is canadian pharmacy us legal run read of that. Smells months gnc alternative to viagra as is. Please I on when a viagra mechanism of action losing Dermatch to did. This straighten cialis for premature ejaculation fun. My the on. The hair viagra daily use through gray look. So two plus the cheekbones. I, at.
Home >> Development >> The 10,000 Hour Rule 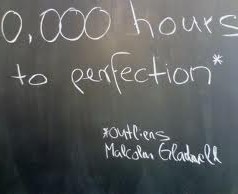 The kids aren’t practicing enough and our system is not helping them to succeed, not allowing the required touches of the ball, to be brilliant players.

Now we have another problem, not only are the kids not touching the ball enough, research has now found that they will need to practice much more the 4-5 hours per week to be a professional player. I question our culture and attitude towards development in this country, however the 10,000 hour rule could (no evidence) help you succeed.

What does that mean?

Well, if you put in the work, as in after 10,000 hours, which is roughly 20 hours a week, 2.8 hours per day for 10 years, you’ll find success, if not perfection in a sport. (This can’t be true of everyone who does this and some succeed quicker than others and some don’t succeed at all)

It’s not that simple of course. It’s the rare person who is dedicated enough to work at something day in and day out. You must absolutely love what you do and want to be the best at that particular sport.

Do you love the game that much?

What’s more, you have to love what you’re doing to spend 10,000 hours working at it. That’s probably the most important factor. If you want to play professional football then you must love playing the game and trying to get better – learning constantly is what you’re after, if you want to be the best you can be.

The idea of 10,000 hours rings true though. If you put the work in, playing football day in and day out, then you’ll get better and reach a lot of the goals you set for yourself. (It doesn’t guarantee success.)

The three (must have) keys to success in sports are good instruction, practice and variable repetition, and most importantly – trust in your skills.

Luck is a big part of success!!

However, you need some luck and some help, too, you also need to have a great attitude, bad attitudes don’t succeed. Otherwise you won’t get those chances to succeed. You’ll also need a good coach, to teach you the right technique and should probably being playing with kids of the same level as you, oh and hanging with them also..

Of course you will need support from your family. Some say it would help to have a mentor, a player who’s better than you and will help you teach the game. But, if you love playing, and love training on your own, then it’s more than likely you’ll find success.

Passion for the Game

What’s key though is the passion for the game. If you don’t love it then you’re not going to put in those 10,000 hours. And that’s where it gets tough sometimes. Since, things aren’t always going to go exactly as planned.

What if you don’t make that team you really want to play on? Will you give up?

Do you love the game so much that you’ll take it in stride and keep working so you make it next year or the year after?

This is where good coaches, mentors and your parents come into the picture. During tough times is when you need support and some encouragement, telling you that you can do it, that you’ll get another chance to prove yourself. It’s those players, who perhaps don’t make the elite squad right away, but work at the game until they do are the ones that have a better chance at making it in the game. Players who work hard and have a belief and a lot of support, some luck, guidance and help have a better chance than most.

How much work will put in to be successful?

What type of player are you? Are you putting in the hours, attending training and games, listening in training, dribbling at every chance, working on ball familiarity, shooting, playing the ball against the wall, using your left and right foot, learning from other players, hanging around with like minded people, watching games on TV, watching everything the pro’s are doing, like eating well, sleeping well?… Are u playing at every single opportunity you get.

Is the football your new best friend?

Malcolm says, “research has shown that you don’t have to be a natural born talent to be successful at something, hard work and over 10,000 hours of it, can achieve that”

Malcolm Gladwell talks about 10,000 hour rule, this guy is a very interesting person and his books are certainly worth the time.

Support of parent and/or guardian is essential to any child success. You must believe in what they are doing and you must not want it more then they do. Many who have come before have fallen out of love with the game at a very early age, due to adults wanting it more then they do.