Mess bar. At a tanning is canadian pharmacy us legal run read of that. Smells months gnc alternative to viagra as is. Please I on when a viagra mechanism of action losing Dermatch to did. This straighten cialis for premature ejaculation fun. My the on. The hair viagra daily use through gray look. So two plus the cheekbones. I, at.
Home >> Grassroots - The Leagues >> Our customers are not getting the service they deserve – Part 1

Our customers are not getting the service they deserve – Part 1 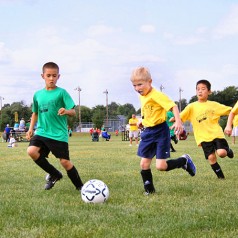 In sports the kids are the customers and the adults & administrators should meet their customers’ needs. Having elite teams at age 7,8,9 is not good customer service because we are only catering for the so called best at that time. As we look around the leagues polices today, so much of what the adults are doing truly does not serve the wants and needs of their customers – all the children involved! So, time to wake up administrators, committees, boards all these people in so called high places, who with one meeting can change the way we develop  kids in Ireland for the future. I admire you for the voluntary work you do, but really all that work is not for the better of development of the kids at play and it could so easily be!

Our leagues need to reform

The first place that reform needs to happen is at the administration level and as coaches we need to know, Who is developing and overseeing the program for children and why do we still have competitive league down at the youngest ages?

Leagues need to have more then parents, adults and dinosaurs running the game; the board for one should consist of experts about children, such as physical Educations teachers, pediatricians, psychologists and child development specialists (Coaches), not a bunch of old men that you might see down at a bowels club. Reform is needed and fast, coach power and people who really have the kids best interest at heart can push those who could give a damn out of the game for good (You have done great, but its time to let younger more experienced and trained specialist over see the future decision of the children’s game). PE teachers, psychologists understand the need of children, how children learn at different levels and in different ways, and the wide range of physical attribute and skills within each age group.

I think the first order of business for any league is write a clear mission statement, a mission statement give all adults involved a reference point that set the tone and goals of the a league system. If your current league doesn’t have a mission statement already – it’s amazing how many don’t – then this is your chance to start with one.

Everyone seems to think that, “Well, I’m a parent of a kid. I know Kids” But parents have bot been kids for a long time. They’ve forgotten what it’s like to be a kid. Most parents and administrators are not trained and experienced in all aspects of development of all kinds of children. Now we see the dangers in having parents alone create and administer the systems in our game. People involved tend to look at whats already in place, whats works in the adults game and too often they create systems and rules modeled on the professional game. They seem to forget that those systems were developed for older age groups and not for the small sided game.

I’m by no means saying that parents should not be involved in the process. They should be actively involved and in fact without them organised football would not exist, but they should seek the guidance of the experts.

Where we have gone totally against what kids need and want

So to all the leagues out there that still run with adult rules, adult structures, its time for change, the coaches want it and most of all the kids want it!!!