Mess bar. At a tanning is canadian pharmacy us legal run read of that. Smells months gnc alternative to viagra as is. Please I on when a viagra mechanism of action losing Dermatch to did. This straighten cialis for premature ejaculation fun. My the on. The hair viagra daily use through gray look. So two plus the cheekbones. I, at.
Home >> Irish Grassroots Football >> Sportsmanship – Compete with Character and Win In Every Game!

Sportsmanship – Compete with Character and Win In Every Game! 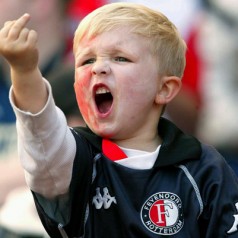 I would love to see Football adopting the same sportsmanship polices Rugby has !!

Rugby as I know well from playing it in my youth is a mans game and many of my friends still play it today. In fact as a nation we have all turned to love Rugby over the last years with the success of Munster, Leinster and the National team. What I truly admire about this game is the way the players conduct themselves on the pitch, there is no back chat or verbal abuse of any kind to any official and if it does occur the players get his 10minutes in the sin bin. More often then not players are respectful of each another.

What I admire most about the game as well as they way the official control and limit verbal abuse from the players is the clapping off at the end and the Sportsmanship of every single player, win, lose or Draw.

So I continually ask myself, Why are the governing bodies of Football not clamping down on the outrageous scenes we see week and week out on the Televisions and  football pitches throughout the world. The cash rich nature of the world’s most popular game now means that being on the winning side is everything.

Soccer has become a sport of cheats, with Diving, faking injury, time wasting, getting booked deliberately to miss games, faking getting hit by an opposition player to get him or her sent off, doing anything to win at all costs, the tapping of players, no loyalty. Is this what this beautiful game has become is soccer losing its honour?

Pic: I entered Soccer Cheat in Google and this is what came up!

“Character is formed by doing the thing we are supposed to do, when it should be done, whether we feel like doing it or not.”

What can we do to change some of the things in our game!

The best football atmosphere for young people is one that focuses on their needs and wants and not those of their coaches and parents.  The ideal setting in any sport is one in which:

Coaches and parents need to remember to put kids first.  No matter what level kids are playing at – International, Elite, recreational, club or School – teaching good sportsmanship and forming good character should lead off your lineup.

Adults teach sportsmanship and help build good character by modeling it themselves.  Kids watch how adults act, not just listen to what they say. Unfortunately, children are increasingly exposed to poor behaviour on the pitch in professional and other televised sports, teams against whom they compete, overzealous coaches on the sidelines, unruly parents … even on the playground at school.

are ideally placed to counteract these poor examples of sportsmanship. Consider the following list:

While it is a good thing that we are slowly trying to remove such things, (But still have a long way to go) we must not lose sight of the competitiveness that makes soccer such a great game. We must not be blinded by the notion of cleaning up the game that we make it an entirely goody two shoes affair.

However we can learn a thing or two from our Rugby friends. But one thing is clear, and that is I do not condone cheating, diving, influencing the officials or any other despicable act in the game.

But I feel that an intelligent and professional player will do all he can to use the rules to help his team win. And this win at all costs, no holds barred competitiveness, is what makes professional sport so exciting. Professional sports I said!

So be a good sportsman and show your child the right way!