Mess bar. At a tanning is canadian pharmacy us legal run read of that. Smells months gnc alternative to viagra as is. Please I on when a viagra mechanism of action losing Dermatch to did. This straighten cialis for premature ejaculation fun. My the on. The hair viagra daily use through gray look. So two plus the cheekbones. I, at.
Home >> Coach Talk >> COACK TALK: Jobs-In-Football.com

Posted by The Coach Diary in Coach Talk, Jobs In Football | 0 comments 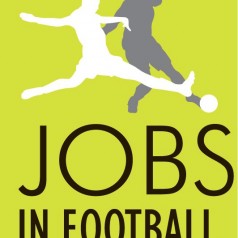 TCD: Did you play football as a kid?

RS: I played football for many years in Glasgow and ended up playing at a Division 1 youth team.

RS: I started coaching initially my local school team while still playing and then moved to college (knew I wasn’t going to make it as a pro player) to complete a degree in Sports Coaching. Whilst at college I gained some valuable experience working in many different football environments; grassroots, elite and 1st teams. I then moved to the USA when I completed college and worked full time in New York & Connecticut. I returned back to Scotland where I worked with Glasgow Rangers (Youth Academy) and the SFA for 3 years.

In 2003 I was persuaded to go back to the US to work with my old boss in a new club where I was 1st Team Assistant & Academy Director. Then in 2006 I moved to Sligo Rovers to take the U21’s, assist with the 1st team and create the start of a youth entity in the club – camps, weekly clinics, relationship with local clubs etc.

I moved to Bohs in 2007 to become Head of Youth Development and U21 Manager where I stayed for 2 years before moving onto Manchester United and then finally Atletico Madrid.

TCD: What badges have you got now?

RS: I am UEFA A qualified and have qualifications from Scotland, Ireland, England and the USA.

TCD: Tell me a little about the Jobs-In-Football.com and who is behind it?

RS: I am the main figure behind Jobs-In-Football.com and developed the site to provide coaches (new and experienced) a platform where they can ‘showcase’ their talents by uploading their CV’s into our database for employers to search.

TCD: What does Jobs-In-Football.com do and who is it aimed at?

RS: Its a One Stop Shop for football vacancies! It allows employers the chance to advertise and recruit staff with the required experience, qualifications and desire to succeed in the game. The site advertises all jobs associated with football and has had openings for – Marketing Managers, Commercial Managers, Facility Managers, Administrators, Security / Stewards, Journalists, Reporters, Commentators, Physiotherapists and of course a host of coaching roles such as Technical Directors, Coaching Directors, Head & Assistant Coaches etc

TCD: Where are most of the jobs?

RS: Jobs can come from anywhere in the world and are posted 24/7. We have advertised in the last 6 months for openings in America, Australia, Canada, England, Ghana, Ireland, India, Indonesia, Malaysia, New Zealand, Scotland, Singapore, Spain and Wales.

The jobs vary from post to post however the majority of positions available are within coaching, medical and journalism.

TCD: Where are you working now?

RS: I am still working with Atletico Madrid and the main feeder club to Real Madrid (ACD Canillas) as well as running the website.

TCD: What are you thoughts on the small sided games, should we 7v7 football for longer?

RS: My thoughts on underage football are the same as they were 4 years ago when I was in Ireland – there needs to be a move away from competitive football at U7 – U11 and a bigger emphasis on player development. There is nothing wrong with having the better players all training together but no-one benefits from winning 10 or 15-0.

TCD: In Barcelona they play 7v7 for much later, is this the case in Madrid?

RS: Don’t be misled by the shouts that all other countries play small sided games for longer – in Madrid they play 11v11 at 10 years old as well – and it’s competitive! They do have the option however of playing Futsal as well! The kids start at 6 years old and play either 5v5 or 7v7 before moving into full size games at 10 years old.

TCD: What do you suggest we could do here?

RS: I believe there should be at around U12 or U13 a national league where teams can play against other Pro Youth Teams – the problem outside of Dublin is that there is not enough quality / depth of player and so these clubs struggle to challenge their best players on a week to week basis. Why not play e.g. U12, U13, U14 all away against the same club and then U15, U16 & U17 all at home against the same club! This would cut down on expenses and would create less logistical problems – buses, pitches, referees …. etc etc.

TCD: Who is doing this at present?

RS: This is a tried and tested model in Scotland, England, USA, Holland ….
Obviously Dublin has a lot more stronger teams and so therefore they could indeed have a bigger influx of teams (without diluting the product) – this can only help develop the players and prepare them for the potential life of a footballer! I think there is room for 9v9 between the 7v7 and 11v11. The only downside would be the cost of implementing.

The Coach Diary would like to thank Richard for contributing to the site and I know where I’ll be going if things get any worse!!

To find out more click on the link https://www.jobs-in-football.com/