Mess bar. At a tanning is canadian pharmacy us legal run read of that. Smells months gnc alternative to viagra as is. Please I on when a viagra mechanism of action losing Dermatch to did. This straighten cialis for premature ejaculation fun. My the on. The hair viagra daily use through gray look. So two plus the cheekbones. I, at.
Home >> Irish Grassroots Football >> UEFA Study Group at Lourdes Celtic 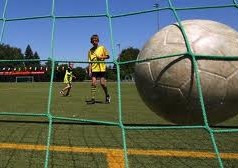 The recent study group in Switzerland has brought positive effects back to our greens. The FAI held a dissemination workshop at Lourdes Celtic new training centre with grassroots leaders and local clubs to share ideas learned from a study group organised by UEFA.

FAI representatives were part of a study group along with those from the Swiss Football Association (SFV-ASF), the Danish Football Association (DBU) and the Association of Football Federations of Azerbaijan (AFFA) which was held in Bern at the start of May. Part of the meeting included demonstrations by the SFV-ASF on the non-competitive small-sided format of football they have adopted for the Under-7 categories, a practice that did much to impress the Irish and FAI coach delegation who attended.

A practical session based on the Swiss model, with five-a-side matches on small pitches designed to give players more touches of the ball, was one of the highlights of the follow-up meeting organised by the FAI on 6 June. Six clubs from the Dublin area were invited to the workshop to demonstrate the concepts, with over 200 spectators and coaches in attendance, as well as the FAI’s club development national coordinator, Paul Martyn.

“From our club’s point of view, it is something we will be looking to implement,” said Shay L’Estrange from Lourdes Celtic AFC, whose Sundrive Park home hosted the event. “The non-competitiveness, the extra touches on the ball and the small pitch are all factors that will enable us to improve the skill sets of our players.”

The format of the day included a series of 12-minute games with the players rotating every 15 minutes. The matches were played with no referees while coaches were asked not to coach during playing time and parents asked only to encourage the children and applaud good play. The setup also included two technical areas which each team would visit once each.

“The concept itself makes so much sense,” added Mark Connors from Liffey Valley Rangers. “The technical ability of our players will improve massively if this concept is implemented. The number of touches each player had on the ball in the 12-minute technical area was unbelievable. The players from Liffey Valley loved it and it’s something we will be looking to implement in the near future. Coaches and parents being quiet, no referees, just the kids playing football was an added bonus.”

Another of the coaches present, Paul Webb from Crumlin United, said: “We are not producing enough footballers who are comfortable with the ball at both feet. That is our fault, not the child’s. We constantly hear that the the best footballing nations’ players are born with this footballing gift ; this is untrue.

“They are taught that the ball is the most important item on a pitch and they must learn how to master it with both feet. Last week was the first step to addressing this problem by allowing the players more time on the pitch, smaller pitches and technical areas to work on their technique.”

“ It is not sufficient to teach  your players well, it’s essential for future successes to prepare them better than others” (Horst Wein).

Its time for Change..

As the weeks go by more and more coaches are getting on board the technical train, more ideas about how the game should be taught and played are being voiced.

However, we still have a long way to go and with only a handful of leagues introducing changes this year, we still need for more to come on board and make the changes that we all so badly want. (It got take up to 10years before we see success)

The SFAI should really focus on making sure all leagues are adopting change for the better of the kids and coaches. Clubs need to really focus on development and move away from the idea that winning is everything. Let the kids be the deciders of that and let us the coaches focus on technical development, coordination, variety in training, let our players play and let them use their  intelligence and enthusiasm to “discover” the best way to play.

Writing this from my hotel room in Limerick after spending the day at the Kennedy cup, and to be honest I was disappointed with the standard of football, very few teams able to pass the ball around, still a lot of long ball being played, very few playing out from the back, switching play and very little dribbling from individuals.

All in all a well run event but the football was not great to watch, (I was surprised for such a big event not to see marshalls roaming the lines and not one pitch was roped off, with crowds of fans right on top of the coaches and players. This is not acceptable for such a prestigious tournament).

The times are a changing and people are getting educated to what is good and what is not so good for kids that play. I’ve said it before and I’ll say it again, these so called “coaches” who take over kids teams with no experience or even no intention to educate themselves on how to coach kids the FUNdamentals of the game, those who verbally abuse and humiliate kids week after week, those who stop kids from being spontaneous, to putting on a FUN coaching session are not welcome in our game. The kids don’t want you, don’t need you…so get educated or move on!!

Are we catering to the needs of our young players or to the demands of parents and the club/league administrators? We need a common strategy and action plan so that we can all make progress as a nation, this plan the journey ending with our destination, the way the young and our national team will eventually play, are decision are making.

We need to embrace these successful method of coaching, so now its up to you as a coach, a parent, an administrator, a SSG Coordinator, a secretary, FAI, a committee member an SFAI council member to make sure these changes are implemented, let’s not be the last to make the CHANGES that we, as a footballing nation so badly need…right NOW!

P.s. SFAI AGM on this Saturday 18th June, in Sligo, should be interesting to see what changes if any they come up with?