Mess bar. At a tanning is canadian pharmacy us legal run read of that. Smells months gnc alternative to viagra as is. Please I on when a viagra mechanism of action losing Dermatch to did. This straighten cialis for premature ejaculation fun. My the on. The hair viagra daily use through gray look. So two plus the cheekbones. I, at.
Home >> Academies >> ECA Report on Youth Academies in EUROPE 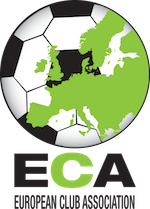 The ECA which stands for the European Club Association compiled a report on Youth Academies around Europe. 96 clubs from 41 countries were used in gathering the data for the Youth Survey. You can download the full report on ECA website which is ecaeurope.com.

I have taken some of the key factors relating to the youth game, no Irish or Welsh clubs were represented in the this report, however Liam Brady was a member of the Youth Task Force. Glentoran FC from Northern Ireland were 1 of the 96 clubs used. NI had two clubs who participated in the survey, England had 6, Scotland had 4.

In terms of the areas on which the qualitative research would focus, the task force agreed to limit the scope to the following areas of each youth academy that was observed: Vision & Philosophy, Infrastructure, Technical Approach and Education. I have selected some of key points from the report starting with vision & objectives.

75% of the clubs allow parents at training sessions

It was found in the report that having a philosophy, vision and mission were the key to successful solutions. Nurturing talent for the future should be the main priority for a club. The study showed that the most successful youth academies were those who pursued their vision and their objective with perseverance. It wasn’t a question of size but a question of spirit and belief.

The biggest challenge for clubs academies was the organisation and transition of players to the first team. Many clubs struggle with the rolls of the 2nd team or reserve team. The balance of players who are not (yet) good enough for the 1st team, excessive contracted players from the 1st teams or players coming from the youth academy. Many players end up to good for the youth academy  but not ready for first team football. As we have seen UEFA have introduced the Youth Champions league to solve this problem.

‘It is fundamental that the academy directors main task is on the field, “Coach The Coaches”, and not the administrative management’

Most clubs have around 220 players in their youth academies and most work with 3-4 age groups. Success of any pro clubs starts with the talent recruitment and this is where a well organised scouting department comes in. The scout would generally be linked to the technical heart of the club in order to understand the parameters for selection of the club and also linked to the supporting function like Education, Social and psychological factors.

Sporting is the only club in the world that has developed and trained two FIFA world players of the year, Luis Figo & Cristiano Ronaldo.

Studies have proven that the most successful players who have moved abroad to chase the dream did so at the right moment. After they had developed their football talents in combination with their social, educational, psychological and personality development towards adolescence.

The principles of football education are to combine football with school in building the players character. The report found that the focus on education of players is the core philosophy in most clubs nowadays.

In the youngest age groups, all the individual  creativity unwinds through fun and play without coaching interference, the middle age groups see introduction of more specific technical development for defence, midfield, and forward positions and , in the older age groups there is more focus on tactical (u16s+) playing systems.

Whats shows from this report is that is makes sense to invest in youth programmes. In professional academies money is saved by not having to pay large sums in transfer and massive salaries. I for one no longer enjoy watching professional football, not being able to recognise the local players. If English and Irish clubs had proper structures like they do in Europe, I think we would see much more local kids making it.

The report also found that the average spend on YA was 6% of the clubs budget, but 60% of the clubs consider that their YA is a source of income, rather than a cost. Financial fair-play (cost of academy excluded from the break-even requirements) should now play a part in clubs investing more in their YA. You can see why Ajax, Sporting, FC Barcelona have been so successful in producing players, they each have their own philosophy and even when a new academy director comes in the ethos, the values and beliefs of the club never change.

Let take a look at the Organisation Of The Youth Competition around Europe.

To find out more go to European Club Association