Mess bar. At a tanning is canadian pharmacy us legal run read of that. Smells months gnc alternative to viagra as is. Please I on when a viagra mechanism of action losing Dermatch to did. This straighten cialis for premature ejaculation fun. My the on. The hair viagra daily use through gray look. So two plus the cheekbones. I, at.
Home >> Irish Grassroots Football >> Funino is the future! 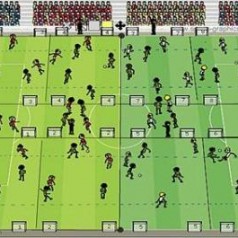 Ireland is evolving and so are the methods of the many coaches around the country, but of all the small sided games programmes, FUNINO is the most creditable and the best format for developing the game of football.

If you have heard of Funino you can download the ‘Ultimate Mini Game with Four Goals’ programme at the bottom of this article. Funino is the most excited game in the world and the only one designed to unlock creativity and game intelligence. Developed by the Horst Wein, a University Lecture and former German and Spanish Olympic Hockey Teams Coach. His methods have been used for over 20 years by the Royal Spanish Football Federation, for 7 years by Australian Football Federation and now the Mexican football Federation has published the first volume of “Futbol a la medida del nino”.

“There was once a time when street football and free play was the norm. Then we become adults wanted to control it , make it organised and forgot the child in all of us” UEFA B Coach Mark O Sullivan

What makes this even more relevant is an Irish man called Dermot Dalton of thebeautifulgame.ie is helping Wein re-write his methods, which are now being used by the North Dublin School Boy League. The programme which is designed for 7 to 9 year olds is currently being employed by six Professional Clubs in the German Bundesliga. A game that can be used for older players in training and even up-to and including professional level.

This is a game for young players to discover the magic of The Beautiful Game with a programme designed especially for them:

Horst Wein’s training programme for 7-9 year olds is based on his proven game of Mini-Football, now called which is the abbreviation for “ Futbol a la medida del Niño” or “football designed for children.”

The programme is the result of 27 years of innovation, practice and continuing improvement and is part of the Horst Wein Youth Football Development Model, which is the official textbook of the Spanish Football Federation since 1993 and is used by FC Barcelona, Athletico Bilbao and many top clubs around the world. This breakthrough approach to inducting young children into the game of football obviously has an emphasis on FUN so that children come to fall in love with the game from the earliest ages. It has been called the “Revival of Street Football. “

Last Monday saw the official Funino programme launch at the NDSL headquarters. 20 mini pitches inside a full 11 aside pitch for a group of boys and girls age 8 and 9. A total of 85 kids turned out to experience the programme first hand. This is another great leap by the NDSL in trying to re-structure the grassroots game, who are the first league in Ireland to introduce this format. The training will continue every Monday from 6 to 7pm for u9s and 7 to 8pm for u10s and spaces are still available.

The Benefits of the 3v3

We, at The Beautiful Game, believe that our proven youth development model can achieve a number of important goals at the same time:

There will be a one day Funino course held the NDSL on Saturday 2nd November and Sunday 9th November. T

For further details on Funino contact dermot@thebeautifulgame.ie or call Dermot on 086 8513339.