Mess bar. At a tanning is canadian pharmacy us legal run read of that. Smells months gnc alternative to viagra as is. Please I on when a viagra mechanism of action losing Dermatch to did. This straighten cialis for premature ejaculation fun. My the on. The hair viagra daily use through gray look. So two plus the cheekbones. I, at.
Home >> Irish Grassroots Football >> RAY POWER – Deliberate Football Practice 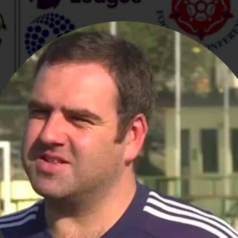 In football, attacking sessions are loved by players.

The chance to be creative, attack and score goals is hugely prized by players at all levels of the game.
The final piece of the game is creating and scoring goals, and it has the reputation of being the most difficult part of the game – not many other sports can commonly offer results that do not involve a single goal or point being scored.

Many coaching sessions are flawed when it comes to linking attacking practices to the actual game of football. Too often players are placed in queues, waiting their turn, before dribbling around a static, predictable line of cones and shooting from a fixed position. The attacking element of the Deliberate Soccer Practice framework attempts to address this by evoking the concept of real game returns.

This workshop will combine both theory and practical elements to give coaches an understanding of the Deliberate Soccer Practice methodology with a focus on the attacking side of the game.

Ray earned his UEFA A Licence with the English FA and has over a decade of experience working at all levels of the game there – from non-league to Premier League, including 6 years in Academy Management. He designed, developed and implemented an academy for Sunderland AFC in Africa.

In 2014 his first book, Making the Ball Roll was published and is one of the most successful youth coaching books ever. This was followed up with Soccer Tactics 2014 and the Deliberate Soccer Practice series, selling over 15,000 copies worldwide.

Since moving back to Ireland in 2017, Ray has been Head of Youth Development at Waterford FC, consulted with the FAI & other youth clubs, and develops coaching curricula for coaches and clubs all over the world.

In an engaging, club-based environment, this workshop will look at:

I always like to hear your opinions and views. If you feel you have something to say, please comment below or email me info@thecoachdiary.com If you don’t have anything to add then please forward this on to a friend. As always, thanks for reading.