Mess bar. At a tanning is canadian pharmacy us legal run read of that. Smells months gnc alternative to viagra as is. Please I on when a viagra mechanism of action losing Dermatch to did. This straighten cialis for premature ejaculation fun. My the on. The hair viagra daily use through gray look. So two plus the cheekbones. I, at.
Home >> Irish Grassroots Football >> Some people involved in football in this country would be locked up, if they acted like that on the streets..

Some people involved in football in this country would be locked up, if they acted like that on the streets.. 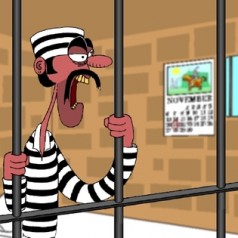 Every week, I hear and read stories of games being abandoned through parents and coaches getting involved incidents relating to kids football. It is truly as very sad state of affairs when police have to be called to a game where kids are in danger of getting hurt. What has happened to child protection in this country?

If I or you or even, your child was threaten in the same manner that some parents and coaches consistently do in kids football, we would be arrested and charged on the spot.

So, tell me? Why to clubs, parents, coaches and kids tolerate the abuse that is handed out to them every weekend all over Ireland and why aren’t the culprits reprimanded or discharged from their duties or even fined and banned for life.

We need to take a tougher stance and ban this people that consistently cause havoc on the sidelines every weekend. Its time to take action and clubs should be the ones setting the standards. After all, they are the ones who should be protecting the kids and there own clubs reputation.

We need to protect the kids and the game…

The FAI should be setting tougher rules and demand that the leagues apply them to all registered clubs, with a zero tolerance policy. I have said it on numerous occasions, the FAI need to take control and restructer the game, and stamp out this culture of abusing kids, referees etc. Its time we start setting proper standards for our players, coaches and anyone interested in getting involved with Grassroots football.

We need to stamp out the competitive mentality that some coaches and parents bring to the game at the youngest ages, its not good for the kids and certainly not good for their development of football in this country. Some parents and coached just need to SHUT UP!!

Parents and Coaches all over Ireland need to get educated in the game, and a minimum standard for both should be required before they can join a club. Referees also play a big part in games and they should be given more responsibility and also be educated further, with regular training on the main issues that consistently stop them from doing there job.

Would you let an ADULT verbally abuse a child in a PLAYGROUND………, then why do we allow it to happen on a football PITCH??

This all goes back to competitive football starting way to soon in this country!