Mess bar. At a tanning is canadian pharmacy us legal run read of that. Smells months gnc alternative to viagra as is. Please I on when a viagra mechanism of action losing Dermatch to did. This straighten cialis for premature ejaculation fun. My the on. The hair viagra daily use through gray look. So two plus the cheekbones. I, at.
Home >> Coach Talk >> The One that “nearly” got away

The One that “nearly” got away 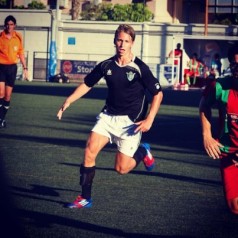 Elias Lindberg is a 16 year old Swedish footballer  from Stockholm who  so far has had a very interesting career that brings to the surface many questions about talent Identification , what is talent ? and how should we as coaches nurture the players development.Elias now plays his football in Malaga.

Elias ,tell me a little bit about your football career so far.

I started playing football for a local team at 6.When I was  10 I attended a football school and  It was then I began to realize how much fun  football was. I developed very quickly there mainly  because of how we played during break time it was street football, spontaneous. We took it as serious as our official training sessions .The next step was to find a “better” club or at least what in Stockholm is called an elite club. I began playing with Hammarby 4. After a year in that team I was promoted to the first team in Hammarby for my age group. There we had a coach who was obsessed with physical training and during the season  we had two sessions per week, which consisted of 8 km running, and 1h strength training. Due to the physical training I picked up a lot of injuries and  that meant I missed a lot of football. So because of this training I lost my pace and decided to drop down to the 2nd team where I began to  to regain my confidence and speed. We had a great coach and he helped me with my development. The training was fun and we did everything with the ball even our fitness training .The coach left at the end of the season and  I didn’t want to go back to the first team

In the middle of all this I got involved in KAFA FOOTBALL  which was on every Friday night.Kafa helped me relax more with my game and try out new things. I began to use my left foot more and look at the game differently.My self confidence really grew during those Friday nights with KAFA. Without KAFA I would never have developed so quickly.

I went to another local club Bagarmossen where I played in midfield and became team captain. Another club. Soon I took another step up playing for Sköndal U17 team.I was a year younger than everyone else in the team and my whole game really developed. Last summer I attended a footbal summer camp in Spain where coach  Reuf Dervic. approached my father and offered to fix me  trial games for some of the best clubs in the Malaga  area. So I trained with Vazquez Cultural u-19 team in the Spanish junior league which is a feeder club to Malaga, Fiorentina and Genoa. They where very impressed with my game and offered me a contract. Since my dad lives down here and this was a really good opportunity I  to say yes. I am the youngest in the team and I am really enjoying my football.

You never featured in the elite Stockholm City representation team?

Its sad but the City team (Stadslaget) only look at the players in in the big clubs  so I never  got a chance to represent Stockholm. Funnily enough now that I am with a big Spanish club the National team coach for the u-16 has been in touch. He will probably come to Malaga and see me play. He could have done that a few months ago in Stockholm . It is quite strange that as soon as you go to a bigger club, you become interesting.

It seems to me that you have got a more rounded football education than many players from the Stockholms elite teams.

One advantage of not playing with the elite Stockholm teams is that you really learn how to win back the ball. You really develop your defensive skills. This has really helped my game here in Malaga.

How do you compare your Training sessions in Malaga with those in Stockholm ?

In Sweden I feel that there is not enough free play, too may drills with cones etc. Here most of our training relates directly to match situations. In Malaga it doesn’t matter how strong you are, it is all about reading the opponent and knowing when is the right moment  to take the ball off him. All my physical fitness training is aimed at improving my mobility which I think needs to improve a lot.

TCD Said, This is a great little story, which i had to share. Many footballers never get picked for so called elite squads or national teams until they bloom late into their teens. With so much focus on winning in this country its no wonder we rarely produce technically gifted kids with game intelligence. Year after year schoolboy soccer in Ireland continues along as if nothing needs to change. The amount of morons running the leagues and controlling grassroots football in this country is truly unbelievable. Putting some of these people in control of our game, is one of the main reasons Irish Soccer will always be stuck in the past. The most popular sport has no direction and in time will become the minority sport!

This piece was taken from Mark O’Sullivan website footblogball.wordpress.com which originates from Sweden. Mark is a UEFA B  (badge gained in Sweden) coach working in Stockholm.